FDA Approves Abortion Pills to Be Dispensed at Pharmacies 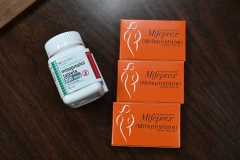 (CNSNews.com) -- Because of a new FDA ruling, the abortion pill Mifeprex (mifepristone) may now be obtained directly through retail pharmacy stores instead of directly from a doctor. The drug still requires a prescription, however, from a physician or certified prescriber.

On its webpage about mifepristone and "medical termination of pregnancy through 10 weeks gestation," the FDA on Jan. 3 announced that it was modifying its rules for obtaining the abortion drug.

Under the new modification, "Mifeprex and its approved generic can be dispensed by certified pharmacies or by or under the supervision of a certified prescriber," said the FDA. In the past, Mifeprex had to be obtained in-person from a clinic, medical office, or hospital. 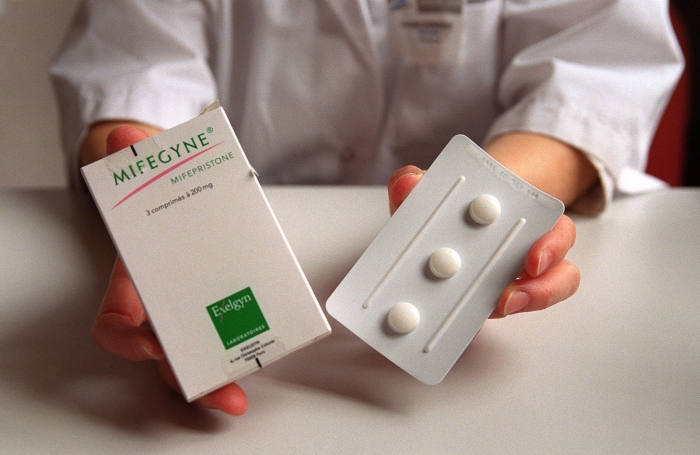 Because of the COVID pandemic the Biden administration ordered that Mifeprex could be sold online. However, that rule is being challenged in court by several medical associations and the Alliance Defending Freedom. Also, some states have restrictions on the sale of abortion pills, so they will not be available in all pharmacies.

"Today’s FDA announcement expands access to medications that are essential for reproductive autonomy and is a step in the right direction that is especially needed to increase access to abortion care," Evan Masingill, CEO of GenBioPro, one of the two makers of the pill, said in a statement, reported USA Today.

"GenBioPro looks forward to working with prescribers and pharmacies to increase access to medical abortion care for all people," he added.

According to doctors, the drugs must be taken prior to the 11th week of pregnancy to ensure an abortion. Mifepristone is taken first and then, 24 hours later, 4 misoprostol pills are taken. Several hours later cramping and bleeding starts and the tiny baby is expelled from the uterus.

Abby Johnson, a former Planned Parenthood director who now advocates for life, said in a statement, "I've had two abortions and one of them was the abortion pill -- it was horrific. I was alone, in immense pain, and bleeding profusely."

"The thing is, it almost doesn't even matter that the FDA is allowing the abortion pill to be more widely available because the women aren't seeing a doctor either way," said Johnson.  "They aren't having ultrasounds and some aren't even verifying they are pregnant."

Abby Johnson, pro-life activist and founder of And Then There Were None. (Screenshot)

Some of the potential side effects of Mifeprex include fatal infection and prolonged heavy bleeding, according to the product's label.

As for "serious adverse events in patients who took mifepristone," the FDA reported, "As of June 30, 2022, there were 28 reports of deaths in patients associated with mifepristone since the product was approved in September 2000.... The adverse events cannot with certainty be causally attributed to mifepristone because of concurrent use of other drugs, other medical or surgical treatments, co-existing medical conditions, and information gaps about patient health status and clinical management of the patient."

According to the Guttmacher Institute, 53% of abortions in the U.S. occur by the abortion pill. 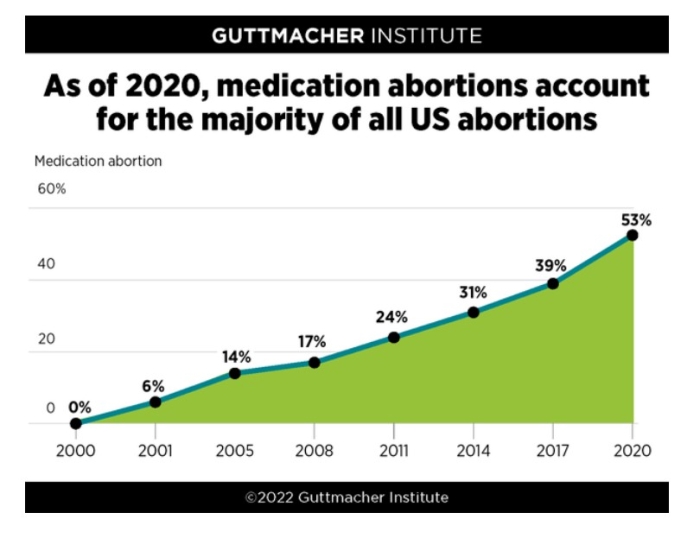