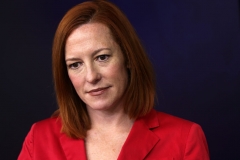 (CNSNews.com) - The White House on Monday refused to say definitively whether President Joe Biden would sign the infrastructure deal if it reaches his desk but the reconciliation bill does not.

Biden issued a statement on Saturday saying that it was not his intention to give the impression that he was issuing a veto threat by saying that if a reconciliation bill didn’t land on his desk, he would not sign the bipartisan infrastructure bill:

At a press conference after announcing the bipartisan agreement, I indicated that I would refuse to sign the infrastructure bill if it was sent to me without my Families Plan and other priorities, including clean energy. That statement understandably upset some Republicans, who do not see the two plans as linked; they are hoping to defeat my Families Plan—and do not want their support for the infrastructure plan to be seen as aiding passage of the Families Plan. My comments also created the impression that I was issuing a veto threat on the very plan I had just agreed to, which was certainly not my intent.

So to be clear: our bipartisan agreement does not preclude Republicans from attempting to defeat my Families Plan; likewise, they should have no objections to my devoted efforts to pass that Families Plan and other proposals in tandem. We will let the American people—and the Congress—decide.

CNN Chief White House Correspondent Kaitlan Collins asked White House Press Secretary Jen Psaki, “Senator Romney told Jake Tapper that his reading of the president’s statement over the weekend was, if the infrastructure bill reaches his desk and it comes alone, he will sign it. Is that an accurate reading of that statement from the president?”

PSAKI: The president looks forward to and expects to sign each piece of legislation into law, and he’s going to work his heart out getting both of them across the finish line.

COLLINS: But if he only gets, if the infrastructure bill arrives and the reconciliation package is not here yet, no one has clarified that yes, he will sign it.

PSAKI: Well again Kaitlan, I know we’re quite focused sometimes on process in here, but-- and hypotheticals. The president’s focused on selling this package to the American people - both packages I should say. That’s what he’ll be doing tomorrow in Wisconsin, and we’ll be working closely with leaders in Congress to move both of these pieces of legislation forward.

COLLINS: So the White House is not going to say yes, he will sign the infrastructure bill if it comes alone to his desk?

PSAKI: The president expects to sign each piece of legislation into law.

McConnell said unless the Democratic leaders “walk-back their threats that they will refuse to send the president a bipartisan infrastructure bill unless they also separately pass trillions of dollars for unrelated tax hikes, wasteful spending, and Green New Deal socialism, then President Biden’s walk-back of his veto threat would be a hollow gesture.”

When asked whether Biden intends to tell Pelosi and Schumer what to do on the matter, the press secretary said, “Well, first, let me just reiterate: The president looks forward to signing each bill. He’s long supported the two-track approach, and his view is that the American people are most interested in what we’re going to do to deliver for them: how we’re going to rebuild their roads and their railways and their bridges; how we’re going to make sure they have access to broadband; that we’re eliminating lead from drinking water.”

“That’s where his focus will continue to be — the case he’ll make when he’s in Wisconsin tomorrow. He will, of course, work very closely with the leaders in Congress — Leader Schumer, Speaker Pelosi. I know Leader Schumer has noted that he plans to bring up both the infrastructure bill and reconciliation in July, but he’ll continue to work closely with them and other members,” Psaki said.

She would not say whether Biden has been in touch with Pelosi and Schumer after issuing his clarification over the weekend.

“We have been in touch with a range of Democrats and Republicans, including leaders of both — of the Democratic Party in both houses, I should say, about the path forward, certainly,” the press secretary said.

As to whether the White House feels the need to get Pelosi on board with the approach that Biden is taking, Psaki said, “Look, I think the most effective role — most impactful role, I should say — that the president thinks he can play — and I think it’s safe to say that leaders in Congress — Speaker Pelosi, senator — Leader Schumer, and including Republicans who support its infrastructure bill want the president to play — is to make the case to the American people, to the public about how officials are working together to deliver for them, and that’s exactly what he’s going to do tomorrow.”

“That’s exactly where his focus will be, and certainly, we’re working in close coordination with leaders in Congress, but it’s up to them to determine the sequencing of the legislation,” the press secretary added.

Fox News White House Correspondent Steve Doocy asked Psaki, “You’re saying that the president was trying to clear up what he meant on Thursday and that it was not his intention to issue a veto threat. He said ‘if they don’t come, the two bills together, I’m not signing. Real simple.’ So did he change his mind or did he make a mistake?”

“I will say, Peter, I know that we’re quite focused on process in here. I understand that. The process of a bill becoming a law is important, but the president intends to sign both pieces of legislation into law. He is eager to do that, looking forward to do that. As you know, they are both moving forward on dual tracks in Congress. The leaders in Congress are ensuring that is happening,” she said.