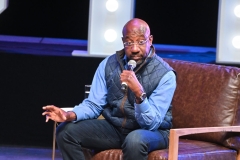 MSNBC host Joy Reid asked Warnock, “Another issue that it really drove a lot of people to the polls was the issue of abortion, and a woman's right to have self-determination over our own bodies. This is a state that’s got one of the strictest abortion laws in the country. It’s one of the hardest states in the United States for a woman to exercise her rights, and this is also a state that's got Tyler Perry, and lots of industry and lots of folks coming from out of state to work here in the industry.

“Your opponent, Herschel walker was one of the few people that was running in this cycle to stand up and support Lindsey Graham's idea of a national ban on abortion, which is something Republicans would very much like to do. Do you think that that is going to be a fight that you're going to have to have? Are we looking at trying to fight a national abortion ban?” she asked.

Warnock, who is a pastor and is pro-abortion, suggested that Jesus would be okay with abortion.

Well, I think that's one of the things that's on the ballot tomorrow, and it is Herschel walker's position on this is extreme. He says he wants a national ban, no exceptions, that would include rape, incest, the life of the mother.

I think that's out of step with the women of Georgia, Democrats and Republicans, and it's one of the things that's on the ballot, and, you know, I get a lot of pushback from people who seem to think that they own the interpretation of the gospel, but I've been studying the scriptures my whole life.

I'm committed to the faith, and as a pastor I have a profound reverence for life, and as a pastor and a person of faith, I have a deep respect for choice, and I still think as I have said time and time again, that a patient's room is too crowded a space for a woman, her doctor and the United States government, but if we care about life, you know, black women are dying three to four times the rate of white women in childbirth, as a result of childbirth, and so if you care about life, we ought to find a way.

That's a place where government could show up and address the obvious bias in our health care system.

REID: It's what Jesus would do.

WARNOCK: I think it's exactly what Jesus would do.