Pregnancy Care Center Director on Woman Who Was Forced to Take Abortion Pill: ‘This Is Not Health Care’ 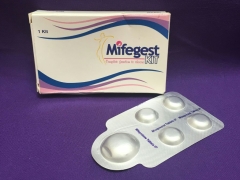 (CNSNews.com) – The director of a pregnancy center testified before Congress on Tuesday about a young woman who came to the pregnancy center after being forced by her parents to take the abortion pill and went into labor alone on her bathroom floor.

During a Senate Judiciary Committee hearing titled, “A Post-Roe America: The Legal Consequences of the Dobbs Decision,” ranking member Sen. Charles Grassley (R-Iowa) asked Heidi Matzke, executive director of the Alternatives Pregnancy Center, to explain how her pregnancy center helps women and whether there would be a disparate impact on women if these centers were not open.

“We give women free medical care, free parenting classes and baby supplies, free medical and emotional support after an abortion. Along with that, pregnancy care centers throughout the entire country give $266 million a year of free medical care and resources to the community nationwide,” Matzke said.

“It is important to know that pregnancy centers often support women even after they’ve had an abortion,” she said.

“There was no pain medication other than ibuprofen, and she testifies to physically going into labor on the floor, on the toilet and in her bathroom, and at one point, she said she looked down, and what they told her was a clump of cells was a fully formed baby laying on the floor,” she said.

“Devastated, she claims she picked that baby up and carried it around, put it in a plastic bag, and several weeks later, took it to a memorial and buried it. This is not health care. A woman, alone, by herself in a bathroom experiencing tremendous pain and seeing the effects of it,” Matzke said.

“A young woman who has an abortion at an abortion clinic never has to drive by that abortion clinic ever again, but a young woman who goes into labor on the floor in her bathroom and physically sees everything that comes out of her and experiences the pain in the midst of that moment has to wake up every single morning and relive that experience. Again, this is not health care,” she said.