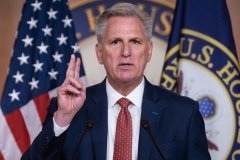 (CNSNews.com) - House Minority Leader Kevin McCarthy (R-Calif.) promised that when the Republicans take back the House, they will conduct “immediate” oversight hearings of the Justice Department in light of the FBI raid on former President Donald Trump’s home at Mar-a-Lago in Florida as part of an investigation on classified materials.

He specifically called on U.S. Attorney General Merrick Garland to preserve his documents and clear his calendar.

“I’ve seen enough. The Department of Justice has reached an intolerable state of weaponized politicization,” the minority leader tweeted on Monday. 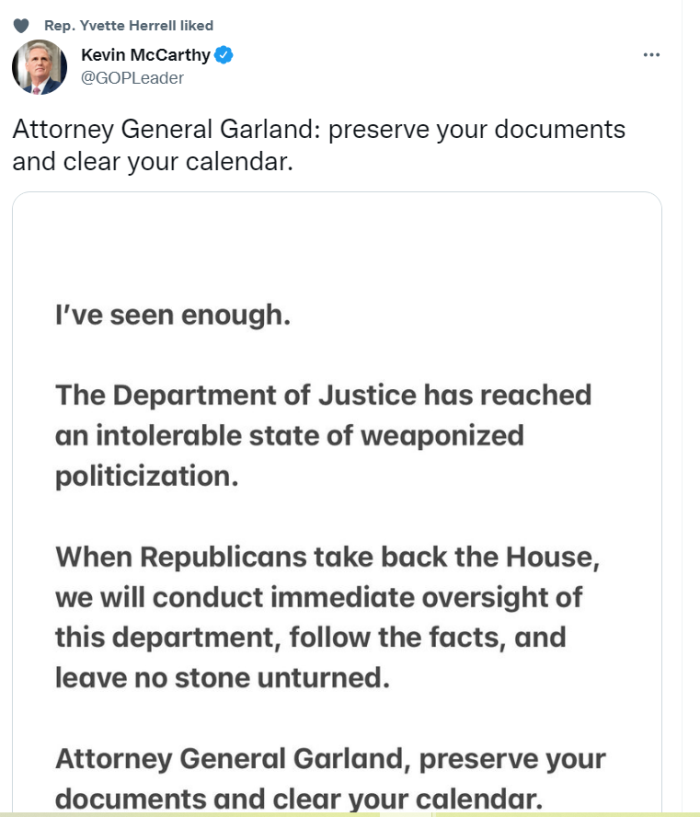 “When Republicans take back the House we will conduct immediate oversight of this department, follow the facts, and leave no stone unturned. Attorney General Garland, preserve your documents and clear your calendar,” McCarthy added.

Meanwhile, House Intelligence Committee ranking member Rep. Mike Turner (R-Ohio) sent a letter on Monday evening to FBI Director Christopher Wray, calling on him to hold an “immediate briefing” to the committee on the raid.

“According to recent news reports, Members of Congress have learned that as Director of the Federal Bureau of Investigation you ordered a raid on former President Donald J. Trump’s personal residence,” Turner wrote in the letter.

“In the history of our country, this action is unprecedented. As the Ranking Member on the House Permanent Select Committee on Intelligence, I am unaware of any actual or alleged national security threat posed by any information, data, or documents in the possession of former President Trump,” he wrote. 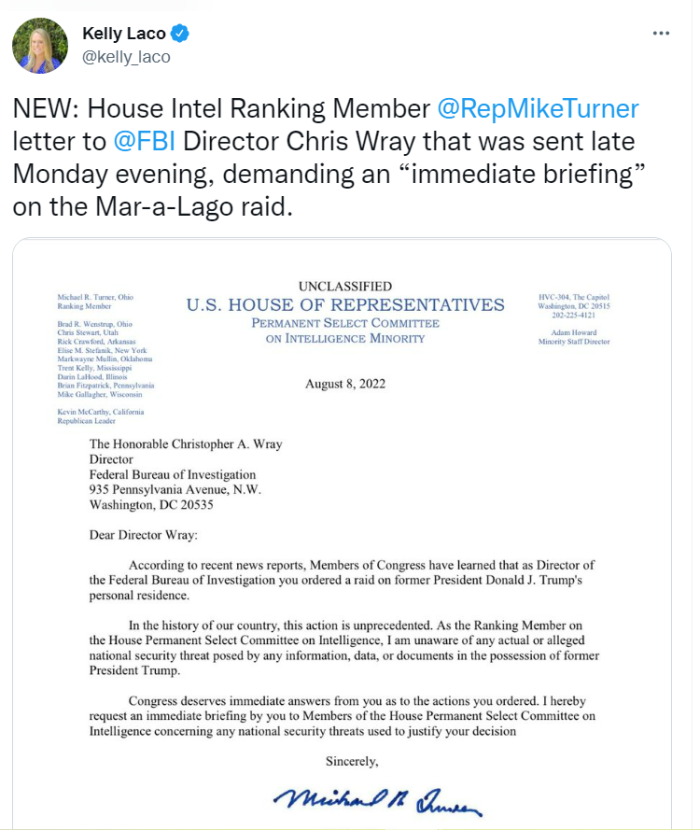 “Congress deserves immediate answers from you as to the actions you ordered. I hereby request an immediate briefing by you to Members of the House Permanent Select Committee on Intelligence concerning any national security threats used to justify your decision,” the congressman added.

The former president plans to meet with a dozen members of the House Republican Study Committee on Tuesday at his summer home in Bedminster, N.J., a dinner that had been in the works prior to the raid.

Republican Study Committee Chairman Rep. Jim Banks (R-Ind.) condemned the FBI raid, tweeting, “Democrats will do anything and everything they can to prevent Donald Trump’s name from ever being on the ballot again. No one has ever exposed their corruption more than he has." 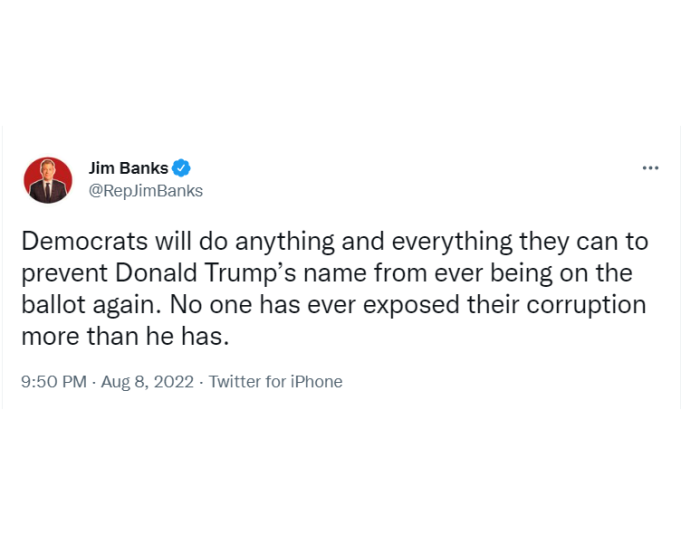