(CNS News) -- In a press call on Friday, biochemists David Prentice, Ph.D., and Tara Sander Lee, Ph.D., disputed claims that the treatment President Donald Trump received to combat his coronavirus infection was made from aborted fetal cells or tissues.

Prentice is the vice president of the Charlotte Lozier Institute and Lee is a senior fellow in Life Sciences at the Institute.

Lee described the recent news stories about Trump receiving an antibody cocktail that may have been made from an aborted cell line or aborted tissue as a “complete misunderstanding of Regeneron antibody cocktail.”

After receiving a positive diagnosis of Covid-19, Trump received the Regeneron antibody cocktail. 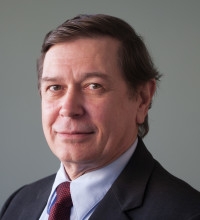 The biochemists conceded that the drug was tested, albeit not manufactured, by using a 50-year-old cell line originally derived from aborted fetal cells. Prentice and Lee  said this specific practice is widespread and not the same ethical dilemma as using “fresh” aborted fetal tissue or cells.

“It was tested using fetal cells, but ones that are almost 50 years old, certainly not fresh aborted fetal tissue or any new cells,” said Prentice.

CNS News asked Lee if the cocktail produced by Regeneron and tested with the fetal cells was the only one available for treatment for President Trump or if he could have chosen a drug that was not tested using a fetal cell line. 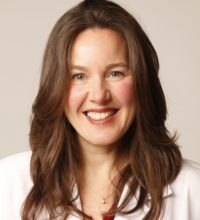 Lee said, “That company made the choice to use the fetal cell line, they could have chosen to use a different cell line that would not have created the controversy.”

“Our point about this is that those cells were not used in any way in terms of the production, that the ethical choice there then does not rest on the recipient of the particular treatment or vaccine,” said Prentice.

“What the ethical problem comes down to is that a portion of the scientific community continues to use these part cells instead of some of these other alternatives, frankly modern, better alternatives, and I think it behooves us all to look at that issue and try to bring all of these scientific techniques into modern science and modern cell lines so that then no one has to make any sort of ethical decision about whether to partake or not partake,” said Prentice.

The biochemists also emphasized that this drug would still be available in the same timely manner if it had been made without fetal cell lines.

“Now more than ever, we need vaccines and therapies that will heal and protect, not ones where potential harm came to any life ever, no matter when that cell line was developed,” Lee said.

Dr. David Prentice, Ph.D., received his Ph.D. in biochemistry from the University of Kansas. He is vice president and research director for the Charlotte Lozier Institute.  He is also adjunct professor of Molecular Genetics at the John Paul II Institute, The Catholic University of America and an advisory board member for the Midwest Stem Cell Therapy Center.

Dr. Tara Sander Lee, Ph.D., is the senior fellow and director of Life Sciences at the Charlotte Lozier Institute, an organization dedicated to policies and practices that protect the sanctity of human life. She obtained a Ph.D. in Biochemistry from the Medical College of Wisconsin and fellowship training at Harvard Medical School and Boston Children’s Hospital.