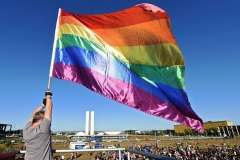 (CNS News) – The Equality Act, which amends the 1964 Civil Rights Act to prohibit discrimination based on “gender identity” and “sexual orientation,” was recently passed in the House of Representatives. Conservatives told CNS News that the legislation “ignores scientific and biological reality,” and a prominent libertarian said it “would undermine moral and legal principles and cultural standards that have taken centuries to secure.”

“The Equality Act is a monstrous piece of legislation,” said Mary Beth Waddell, the director of Federal Affairs -- Family and Religious Liberty for Family Research Council, in an email to CNS News. “It would mandate the acceptance of an ideology that is anti-life, anti-faith, and anti-freedom.” 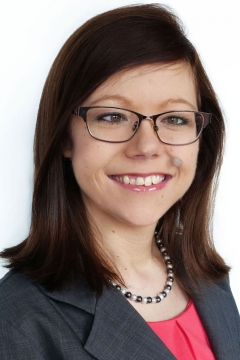 “Imposing this mandate is antithetical to our founding ideals and who we are as a nation,” she said.  “Americans are free to hold whatever beliefs they choose and the federal government should not impose acceptance of an ideology that is so detrimental in so many areas.”

Waddell continued, “Gender identity ideology ignores scientific and biological reality. Its harms are widespread and abundantly clear.  It is detrimental to women, children, parents, the parent/child relationship, doctors, their patients, and people of faith. These harms will only grow more common if the Equality Act becomes law.”

Ethics and Public Policy Center President Ryan T. Anderson, author of When Harry Became Sally, wrote in the New York Post:  "The Equality Act would sacrifice the hard-won rights of women, while privileging men who identify as women. If it ­becomes law, such men would have a right to spend the night in battered-women’s shelters, disrobe in women’s locker rooms and compete on women’s sports teams — even at K-12 schools.”

“Religious institutions are very much included,” said Anderson. “Under the Equality Act, religious schools, adoption agencies and other charities would face federal sanction for upholding the teachings of mainstream biology and the Bible, modern ­genetics and Genesis, when it comes to sex and marriage.”

“It gets worse,” said Ryan. “Medical doctors, secular and religious, whose ­expert judgment is that sex-reassignment procedures are misguided, would now run afoul of our civil rights laws. If you perform a mastectomy in the case of breast cancer, you will have to perform one on the teenage girl identifying as a boy. All in the name of equality. … The icing on the cake? The act treats any refusal to offer abortion as ‘pregnancy’ discrimination. Decades of conscience protections against abortion extremism at the federal, state and local levels would be undermined.”

Libertarian Roger Pilon, emeritus vice president for legal affairs at the Cato Institute, sent a statement to CNS News. He wrote, "If enacted, the Equality Act that passed the House last month would constitute yet another expansion of the federal government’s regulation of private freedom of association. Reaching well beyond the Supreme Court’s strained 2020 Bostock decision, which concerned employment, this bill would prohibit discrimination based on ‘sexual orientation and gender identity’ in vast areas of life: public accommodations, healthcare, housing, education, credit, jury service, and beyond.” 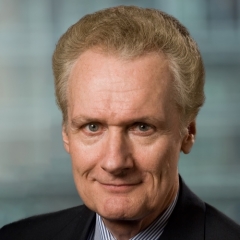 “Perhaps the most striking aspect of the bill is its overriding of federal and state RFRAs, Religious Freedom Restoration Acts passed in response to another questionable 1990 Supreme Court ruling,” said Pilon, a legal theorist and founding publisher emeritus of the Cato Supreme Court Review.  “With this expansion of federal anti-discrimination law over those states that have enacted their own RFRAs, federalism would take another hit….”

“But in no area has this bill generated more outrage than in its assault on accommodations based on objective gender identity—from restrooms to school locker rooms and showers, to girls’ and women’s sports,” he said.

“With utter disregard for moral and emotional sensitivities, especially those of adolescents, to say nothing of the objective anatomical and genetic differences between men and women, this bill, if enacted, would defeat all that Title IX has accomplished for women’s sports,” said Pilon. “More important still, in the name of the spurious rights of the tiniest of minorities, it would undermine moral and legal principles and cultural standards that have taken centuries to secure."

“The difference between men and women is a lot more than skin deep, it affects nearly every area of intersexual relationships, it affects how men and women develop physically,” said Shapiro. “Developmentally, there are significant differences in mental development between men and women. Women have advantages in some areas, men have advantages in some areas but there are major differences. This is all well-established science, there’s not a single thing that I am saying right now that is conjecture. What is conjecture is the suggestion that sex is completely malleable.”

On Feb. 25, a Senate confirmation hearing was held for Dr. Rachel Levine, a transgender “woman” (biological male) nominated by President Biden to be assistant secretary of Health and Human Services. During the hearing, Sen. Rand Paul (R-Ky.), a medical doctor, questioned Levine about his left-wing views on sex-change surgery for minors, an issue that would be protected from discrimination under the Equality Act.

“Dr. Levine, you have supported both allowing minors to be given hormone blockers to prevent them from going through puberty, as well as surgical destruction of a minor's genitalia,” said Paul.  “Like surgical mutilation, hormonal interruption of puberty can permanently alter and prevent secondary sexual characteristics. The American College of Pediatricians reports that 80% to 95% of pre-pubertal children with gender dysphoria will experience resolution by late adolescence if not exposed to medical intervention and social affirmation.”

“Dr. Levine, do you believe that minors are capable of making such a life-changing decision as changing one’s sex?” said Paul. Levine did not answer the question but said “transgender medicine is a very complex and nuanced field.”

On a podcast interview with Virginia Allen, Sen. Marsha Blackburn (R-Tenn.) spoke out about how the Equality Act ultimately promotes more injustice against women by erasing biological distinctions between the genders.

“Now, I would start with the concerns that there are young girls” being required to compete in sports with biological boys who identify as girls, said the senator. “And primarily, when you’re looking at different attainment areas for children, is they look at going to college and getting scholarships.”

“And especially in the area of sports,” she added. “I think there’s been a lot of conversation around that. And of course, it ties into the executive order that President [Joe] Biden did.

Likewise, when you look at other areas where women have worked so hard over the past decades to break barriers, to give girls and women a level playing field, and then to see that pulled away is something that is tremendously disappointing.”

The Equality Act, now in the Senate, would need to earn 60 votes to pass. President Joe Biden supports the legislation.