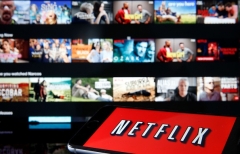 (CNSNews.com) - Sen. Ted Cruz (R-Texas) is asking the U.S. Justice Department to investigate the production of the French film "Cuties" as well as Netflix's distribution of it to see if anyone involved violated federal laws against child pornography.

"Well, this movie "Cuties," it sexualizes 11-year-old girls, has them dancing like strippers, has them in very suggestive sexual roles, and it's, frankly, disgusting," Cruz told "Sunday Morning Futures" with Maria Bartiromo.

Kids ought to be preserved, and we ought to protect them.

And Netflix is an incredibly profitable U.S. company. Barack Obama makes a ton of money from Netflix. And they are profiting. They are making money by selling the sexual exploitation of young kids.

And so I asked the attorney general to investigate them, because federal law makes it a crime. It is a felony to distribute child pornography.

And, you know, it's interesting online. Lots of so-called journalists were defending, well, it's just a movie. You know what? We arrest and put in jail people every year for movies. If you have child pornography, if you have kids engage in sexual activities, if you produce it, if you distribute it, you face criminal penalties. And Netflix is making a ton of money.

I guarantee you every pedophile in America is going to watch this movie. And that Netflix is sitting back, fat and happy, making money on it, that's not right.

In his letter to U.S. Attorney General Bill Barr, Cruz wrote, "The film routinely fetishizes and sexualizes these pre-adolescent girls as they perform dances simulating sexual conduct in revealing clothing, including at least one scene with partial child nudity. These scenes in and of themselves are harmful. And it is likely that the filming of this movie created even more explicit and abusive scenes, and that pedophiles across the world in the future will manipulate and imitate this film in abusive ways."

Cruz noted that the Justice Department "has a significant role in preventing the sexual abuse of children."

"Although the First Amendment provides vigorous protection for artistic expression, it does not allow individuals or for-profit corporations to produce or distribute child pornography. Accordingly, I urge the Department to investigate," he wrote.

A petition drive on Change.org has gathered hundreds of thousands of signatures urging Netflix to remove the film.