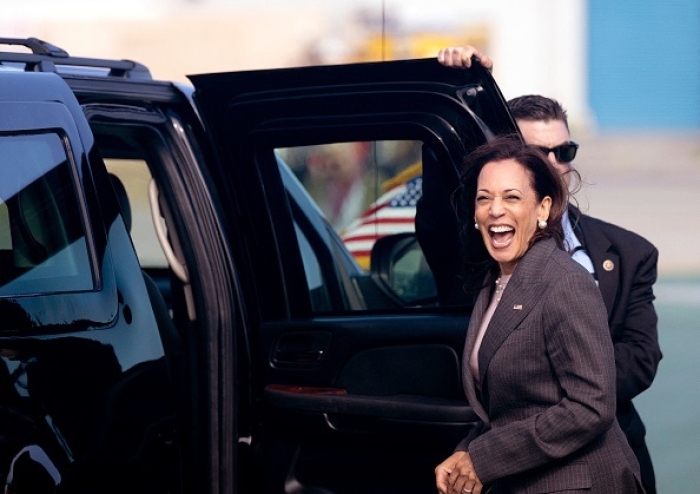 (CNSNews.com) - "We have been in this fight together, so many of us, for quite some time," Vice President Kamala Harris told Democrat donors gathered at a private home in Los Gatos, California on Thursday.

"And I think sometimes, because we are so committed, it can feel as though this is never going to end. Will we ever get there, the place we are determined to go? And if we get there, how long can we be there before things erode or turn back? And it can be extremely dispiriting. It can make us sad. It certainly can make us angry."

Harris devoted much of her speech to an explanation of "the place we are determined to go."

On the Supreme Court ruling overturning Roe v. Wade, Harris said, "It knocked the wind out of us that the United States Supreme Court would, for the first time in our nation, in the history of jurisprudence, take a constitutional right that had been recognized and take it from women...I know we all feel so strongly about this...So we must fight."

She noted that President Biden "rightly" said on Thursday that the Senate must waive the filibuster rule so Congress can codify Roe v. Wade.

"And so that is part of it. And then part of it is what we need to do in terms of the assistance and the care that we will give those who are in need. We, as Californians, luckily have leadership who understand the crisis and the issue and the need for all of us to step out and be there for those in need.

"If we’re going to pass, now that the Court came down with this decision in terms of the EPA — if we’re going to get meaningful legislation passed on greenhouse gas emissions and what we know is an absolute crisis in the world. Elections matter.

"State elections matter. Who is governor, who is lieutenant governor, who is attorney general, who is secretary of state — that matters. "Local elections matter. In these states that are talking about criminalizing women and their care providers, who is DA matters; who is sheriff matters; who is mayor who appoints the police chief matters. So we got a lot of work to do."

Harris said Democrats must understand "what we stand for as Democrats."

"We stand for a childcare tax cut that we got passed in the ARP, the American Rescue Plan, which is an $8,000 tax cut to help families pay for school supplies and medication for their children. We stand for that. We stand for building up infrastructure..."

She also mentioned the expansion of high-speed Internet and the swearing-in on Thursday of liberal Supreme Court Justice Ketanji Brown Jackson.

She even mentioned immigration -- not the border crisis, but investments in Central American countries "so people don’t feel they have to flee their home."

Harris counted many of those agenda items as accomplishments. "And there is more work to do," she said:

-- "We need paid and affordable homecare."

-- "We need to pass the John Lewis Voting Rights Act and the Freedom to Vote Act.

-- "I was one of the authors of the George Floyd Justice in Policing Act. We have more work to do."

"I know every year, every election we say this is the biggest one.  But, man, I mean, this Court just took a constitutional right from the women of America.

"And truly, if you were to pull out on a macro level, we are fighting for the democracy of America."