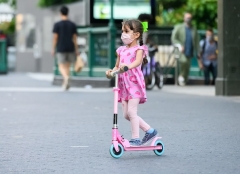 (CNSNews.com) - Medical experts have long noted that the younger you are, the less likely you are to contract COVID-19 or suffer adverse symptoms, and the latest numbers posted by the federal Centers for Disease Control and Prevention bear that out.

CDC's National Center for Health Statistics now reports a total of 188 COVID-involved deaths among people age 24 and younger -- or 0.154 percent of the total 121,374 COVID deaths reported to CDC from early February through the week ending July 11. The majority of students fall into this 24-and-under age group.

CDC's National Center for Health Statistics says its provisional death counts are based on death certificates and therefore "deliver the most complete and accurate picture of lives lost to COVID-19."

However, the death counts are subject to change. The numbers from previous weeks are continually revised as more death certificates are received and processed.

(A footnote on NCHS's deaths-by-age-group page says: "Number of deaths reported in this table are the total number of deaths received and coded as of the date of analysis, and do not represent all deaths that occurred in that period. Data during this period are incomplete because of the lag in time between when the death occurred and when the death certificate is completed, submitted to NCHS and processed for reporting purposes. This delay can range from 1 week to 8 weeks or more.")

So the numbers reported above are expected to rise in coming weeks.

As reported daily by media outlets, the number of coronavirus cases in this country is increasing sharply, particularly in the Sun Belt states of Florida, Texas, Arizona and California.

But at the same time, the most recent CDC data -- based on death certificates submitted to NCHS -- shows a declining death count.

Vice President Mike Pence, appearing on CBS's "Face the Nation" on June 28, attributed the recent spike in cases, particularly in Texas and Florida, to "Americans under the age of 35." This age group typically recovers more readily than older people, and it remains to be seen how much the death count will rise -- and in what age groups -- because of the spike in current cases.

Despite the uptick in cases and media-generated panic, the Trump administration, including the president himself, are pressing for the nation's schools to open in coming weeks, but many will remain closed or provide limited classroom time.

“There’s no one that wants our kids back more than teachers," National Education Association President Lily Eskelsen García recently told CNN. "But we want to open it safely.”

“I had 39 sixth graders one year in my class. I double-dog dare Donald Trump to sit in a class of 39 sixth graders and breathe that air without any preparation for how we’re going to bring our kids back safely.”

While many public schools are offering limited service, some private schools and daycare centers are open or opening.

"Working families are being pulled in many directions trying to make a plan for the fall, and we are going to help them every step of the way by providing free childcare options," de Blasio said.

"The City's childcare options will provide relief for families who cannot stay home or find alternate care for their children on days they are not in school buildings. Childcare will be made available for children in 3K through 8th grade, and there will be approximately 50,000 seats available each day."

The mayor says city schools will offer a "hybrid" approach of remote and in-class instruction.