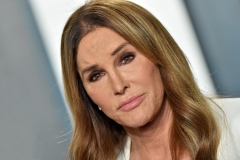 (CNSNews.com) - "I want this job, baby, I'm going to change that state," Caitlyn Jenner, now running for California governor, told the hosts of CBS "This Morning" on Wednesday.

"You know, you can't have a healthy America with a sick California. And right now California's pretty sick."

Jenner said the decision to run was not an easy one: "It took a lot of time, lot of talking to people. But when I finally made the decision and decided to get in, I thought I was very qualified. Why? Because I am an outsider. Right now I have absolutely no ties to Sacramento.

"And I think that's a good thing, being from the outside. The insiders who we're talking about is what makes you qualified. Well, these insiders are qualified, they're the ones responsible for 13.3 percent tax rates, we have the highest tax rates in the country. We have a homeless crisis in the -- in California, they're the ones responsible, not me. I'm going in there to fix those things."

Jenner said she wants to surround himself with "extraordinarily good" people who have the political experience she lacks.

On the issues, Jenner said she supports legal status for undocumented people in California who have "been here for years." "They're great people. They've done wonderful work. They are part of our economy in California. They should be able to stay."

But Jenner said she doesn't want an open border, "where you have drug lords, you know, terrorists, bad people coming across, MS-13, bad people. We've got to keep that out. I don't want criminals in this country. I want good people. And you know what, there's a lot of great people.”

Jenner, a transgender who is running as a Republican, said she thinks her party is wrong on the transgender issue:

"But socially, I am much more inclusive than I would think the normal Republican would be, and that's the way I would treat that."

And as she runs for office, she said she's engaging with "all voters."

"I talk every day to people. I mean, I go to the gas station, and I -- you know, I ask the guy getting on the other side, hey, what -- why are you still here? What are the problems with California? I constantly ask people."