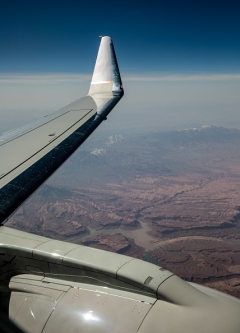 So-called flyover country has some of the nation's lowest unemployment rates. (Photo by George Rose/Getty Images)

(CNSNews.com) - Nebraska and Utah had the lowest jobless rates in April, at 1.9 percent each -- a record low for both Republican-led states, the Labor Department's Bureau of Labor Statistics reported on Friday.

All but two of those states are "red" Republican-led states; Arizona and Minnesota are "blue."

The District of Columbia, a longtime Democrat bastion, had the highest unemployment rate, 5.8 percent, followed by New Mexico (Democrat) at 5.3 percent.

In total, 18 states had unemployment rates lower than the U.S. figure of 3.6 percent, 10 states and the District had higher rates, and 22 states had rates that were not appreciably different from that of the nation.

All 50 states and the District had jobless rate decreases from a year earlier.

People count as unemployed/jobless if they did not have a job during the survey reference week, made at least one specific active effort to find a job during the prior 4 weeks, and were available for work.

The national unemployment rate reflects the number of unemployed people as a percentage of the labor force, which is the sum of the employed and the unemployed.

The employed are all those who did any work for pay or profit during the survey reference week.