FBI and first responders at the explosion scene in downtown Nashville on Christmas Day. (Photo by Thaddaeus McAdams/Getty Images)

(CNSNews.com) – The FBI on Sunday named the suspect behind the Christmas Day blast in downtown Nashville, saying the dead man evidently acted alone, with a motive yet to be determined.

Forensic tests on human remains at the explosion site confirmed him to be 63-year-old Anthony Quinn Warner of Antioch, Tennessee, said special agent in charge Doug Korneski of the FBI Memphis Field Office.

“FBI and ATF [Bureau of Alcohol, Tobacco, Firearms, and Explosives] agents are continuing to recover and analyze evidence,” he said in a statement. “The motive for the incident is still unclear. Leads are still being followed, but at this time, there is no indication that any other individuals are involved.”

“Based on the evidence we've gathered to this point we've come to the conclusion that an individual named Anthony Warner is the bomber,” U.S. Attorney Don Cochran told a press conference. “That he was present when the bomb went off, and that he perished in the bombing.”

A recreational vehicle registered to Warner arrived in the area around 1:22 AM Central Time on Christmas morning, and the explosion occurred at approximately 5:30 AM, damaging dozens of businesses in the area.

The R.V.’s vehicle identification number, and tips from the public, led investigators to Warner’s home in suburban Nashville which was searched by federal agents on Saturday.

The explosion occurred outside an AT&T data transmission center, which suffered significant damage. It disrupted Internet and phone services, including 911 lines, across parts of Tennessee, Kentucky and Alabama, with some services still affected on Sunday.

“What has made network restoration so difficult is doing it while maintaining the integrity of an active crime scene in cooperation with federal and local law enforcement,” AT&T Communications CEO Jeff McElfresh said on Sunday afternoon. “Hundreds of employees – our own AT&T employees as well as first responders – have stepped in over the last two days to restore service. We’ve restored power to multiple floors in the building and deployed over 25 temporary satellite cell towers and 24 additional trailers of disaster recovery equipment across the impacted area.”

According to the Nashville Tennessean, recorded messages heard emanating from the RV before the blast included the sound of a digitized voice giving warnings to evacuate the area, along with bursts of music, identified as the 1964 Petula Clark hit, “Downtown.”

The Metropolitan Nashville Police Department said six of its officers had worked to evacuate people from apartments in the area, “and saved lives in the process.” 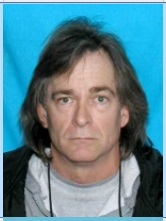 Warner has been described as a self-employed computer repairman.

A former FBI assistant director for counterintelligence, Frank Figliuzzi, told CBS News’ Face the Nation on Sunday that the perpetrator may have been motivated by conspiracy theories circulating online relating to the 5G technology network.

“You’ll find almost anything imaginable and unimaginable online, and it may be that this is how--partially--what drove this individual,” he said. Figliuzzi said the incident was “a wake-up call and a warning for all of us about how vulnerable our infrastructure is, how relatively easy it is for a single individual to do this.”

The FBI’s Korneski asked anyone who knew Warner to come forward with information that may help authorities as they investigate possible motives for the explosion.