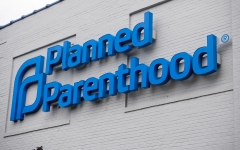 (CNS News.com) -- In its latest annual report, Planned Parenthood discloses that it performed 354,871 abortions between Oct. 1, 2019 and Sept. 30, 2020. Also, Planned Parenthood received $618.1 million in government health services reimbursements and grants for the year that ended June 30, 2020.

Although Planned Parenthood received more than half-a-billion dollars in government reimbursements and grants, the organization supports defunding the police.

In the section "Living Our Values," the annual report states, "#DefundThePolice ... As the country continues a long-overdue reckoning with systemic racism and the murders of Black people at the hands of police, Planned Parenthood stood alongside partners leading the fight for racial justice by supporting the call to #DefundThePolice and invest in community-based solutions, education, and health care instead of militarizing police forces."

"Interestingly, while abortions increased, the number of adoption referrals decreased by 37.6 percent between 2018 and 2019," said New, also a visiting assistant professor of Political Science and Social Research at The Catholic University of America. "Overall, for every adoption referral Planned Parenthood did in 2019, they performed 133 abortions."

"The long-term trends are even more revealing," he said. "Between 2009 and 2019, the number of abortions performed by Planned Parenthood increased by 7.7 percent. However, during this time Planned Parenthood has provided significantly fewer health services. Breast exams fell by over 63 percent, pap tests fell by over 64 percent, HPV vaccinations fell by more than seven percent, and prenatal services fell by more than 72 percent."

"These numbers demonstrate that Planned Parenthood is steering resources away from women’s health and toward abortion," said New.