If a priest does not report information about child abuse learned in the confessional, he could be charged with a Class B misdemeanor and face 30 days in jail and a fine up to $1,500.

In a Jan. 20 letter to the lawmakers, Catholic League President Bill Donohue wrote, "Your interest in violating the constitutional rights of the priest-penitent privilege is duly noted. ... The Catholic League is the nation's largest Catholic civil rights organization. Over the past two years, we have fought such measures, successfully, in California and Utah."

"There is no way you can prevail in court by seeking to abridge such a foundational constitutional right as religious expression," said Donohue.

The bill, SB 2180 partly reads, "Persons required and permitted to report -- To whom reported. 1. Any dentist ... tier 1 mental health professional ...or any other medical or mental health professional ... or member of the clergy having knowledge of or reasonable cause to suspect a child is abused or neglected, or has died as a result of abuse or neglect, shall report the circumstances to the department if the knowledge or suspicion is derived from information received by that individual in that individual's official or professional capacity. (Emphasis added.) 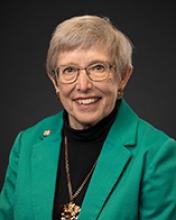 There is a second part to the bill that applies nearly the same language to a "vulnerable adult," not a child, who is abused or neglected and the professional worker learns about it in his official capacity.

Under Catholic teaching, a priest is forbidden from revealing anything disclosed to him in Confession, which is a sacrament of the Church.

The Catechism of the Catholic Church states, “Given the delicacy and greatness of this ministry and the respect due to persons, the Church declares that every priest who hears confessions is bound under very severe penalties to keep absolute secrecy regarding the sins that his penitents have confessed to him. He can make no use of knowledge that confession gives him about penitents' lives.” (1467)

Christopher Dodson, the executive director and general counsel for the North Dakota Catholic Conference, told the Catholic News Agency that he was “surprised and greatly concerned about the bill, because it would infringe upon a person's privacy and religious counseling and confession, not just for Catholics, but for everyone.” 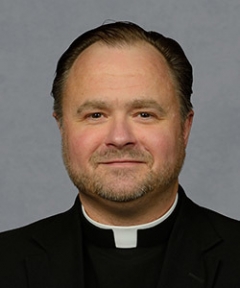 Fr. Chris Kadrmas, the diocesan judicial vicar of Bismark, N.D., stated in a 2019 blog post, as reported by LifeSiteNews, “My reaction to the bill is that it is foolhardy, but this development is not surprising in the current post-Christian culture in the West. It is foolhardy in two ways: first, this is a no-brainer for priests. We will not break the Seal of Confession. It is drummed into us throughout seminary formation that maintaining the Seal of Confession will be one of the most important things Mother Church will expect of us as priests. Second, how will any infractions be discovered, enforced, and successfully prosecuted?”

In his Jan. 20 letter to the lawmakers, Donohue asked them to answer three questions:

1) Can you identify a single instance—just one will do—where it was later learned that a grave injustice was done to a victim of clergy sexual abuse owing to the failure of a priest to disclose what he learned in the confessional?

3) Can you explain why you have given a pass to the lawyer-client privilege and the exemption afforded psychologists and their patients? Do they not learn of sexual abuse behind closed doors?

Donohue concluded, "We deal with many issues of anti-Catholicism across the nation, but none galvanizes us more than a wholesale assault on our sacraments. What you have done is now a priority for us. We are not going away. We will now blanket the media and the Catholic community with our response."