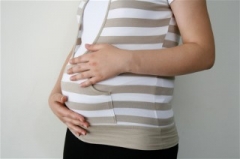 (CNS News) -- The Democratic House and Senate in Massachusetts overrode Republican Gov. Charlie Baker's veto of the ROE Amendment (H5179) and expanded abortion services in the Bay State, including lowering the age for an abortion without parental consent to 16 and allowing non-doctors to perform abortions on babies 24 weeks and younger.

The override is "a moral tragedy, which will likely result in even more pre-born children being cruelly killed under the color of law, and which is compounded by the reality that a clear majority of baptized Catholics in the House voted to license this grave evil," said the Catholic Action League of Massachusetts.

Previously, an unwed mother under age 18 had to obtain parental consent for an abortion. The new law lowers the age of consent for abortion to 16.

If "a patient is less than 16 years of age and has not married, an abortion shall not be performed unless the physician, physician assistant, nurse practitioner or nurse midwife first obtains both the consent of the patient and that of 1 of the patient’s parents or guardians," reads the law.

However, if the young woman elects "not to seek the consent of a parent or a guardian, or in the case of incest, a judge of the superior court" can order a doctor, doctor's assistant, or even nurse midwife to perform the abortion, if the judge thinks an abortion "would be in the patient’s best interests."

In the case of abortions after 24 weeks (6 months), the new law says the procedure must be performed by a doctor who believes it is necessary to preserve the mother's life, her "physical or mental health," or if the baby has a "lethal fetal anomaly." As pro-life activists note, the mother's "mental health" could mean just about anything and thus allow for any abortion.

The new law also allows non-doctors to perform abortions when the child is under 24 weeks of age (under 6 months). These non-doctors can include a nurse midwife, nurse practitioner, or physician assistant.

The law defines pregnancy as "the presence of an implanted human embryo or fetus in the uterus."

Gov. Charlie Baker (R), who supports abortion, nonetheless vetoed the legislation because it lowered the age of consent to 16 and expanded abortion options after 24 weeks.

"Charlie Baker's cowardice doesn't take a break for the holidays," Massachusetts Democratic Party Chair Gus Bickford told WBUR News. "Hoping that we would all be too busy to notice, Charlie Baker once again caved in to the extreme right-wing of his Republican Party by vetoing critical abortion access provisions that would put our laws in line with neighboring states like Maine, New York and Connecticut."

"Charlie Baker is choosing to stand with right-wing extremists, instead of doctors, women, and the vast majority of voters in Massachusetts," said Bickford, in reference to the governor's veto.

Massachusetts GOP Chairman Jim Lyons said, "Gov. Baker's decision, made the day before millions celebrate the birth of Jesus Christ, should send a message to the lawmakers that this legislation has no place in a humane society."

Andrew Beckwith, with the Massachusetts Family Institute, noted the House's override vote occurred on Dec. 28,  "the Feast of the Holy Innocents, the day in the church calendar when we remember the baby boys killed by Herod’s decree."

The pro-abortion NARAL said in a statement, “The passage of these reforms to improve abortion access is a historic milestone for reproductive freedom in Massachusetts. Today, the Commonwealth reestablished itself as a national leader in health care by removing political barriers to abortion and becoming the first state to legislatively ease burdensome restrictions on young people’s access to care."

Catholic Action League Executive Director C. J. Doyle said, “None of the Catholics who voted for this life-ending measure will suffer a word of rebuke from any priest or prelate in Massachusetts. There will be no articles or editorials critical of them in the Catholic press. No one will be denied Holy Communion. No one will be expelled from the Knights of Columbus.”

"All will be treated by the hierarchy, clergy and religious as respected members of the Catholic community," said Doyle.

“Silence implies consent. Given the silence of the Church on Catholic participation in expanding the slaughter of the unborn, no rational person can reasonably be expected to take seriously Catholic opposition to abortion in Massachusetts," he said.