In the March 1-18 poll, Gallup asked, "I'm going to read a list of problems facing the country. For each one, please tell me if you personally worry about this problem a great deal, a fair amount, only a little or not at all: Crime and violence."

This worry "places the issue near the top of the list of 14 national concerns -- behind only inflation and the economy," said Gallup. 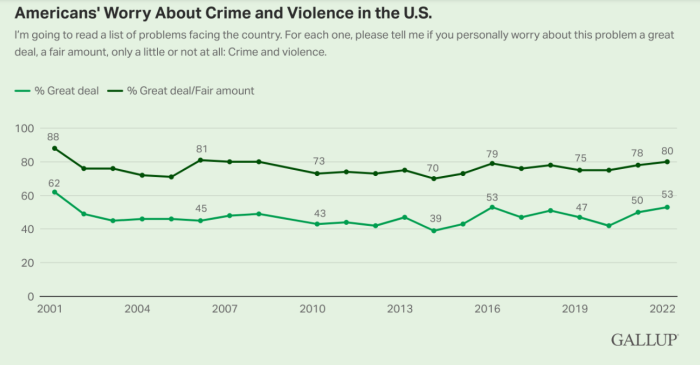 This survey "is in line with similar findings last fall that showed upticks in Americans' anxiety about experiencing a range of crimes and their belief that crime in their local area was worsening," said the polling firm. "Government national crime data have also shown recent increases in the U.S. homicide rate to its highest point in 25 years."

"In 2019, Democrats' worry receded and has been below 50% since," reported Gallup.  "Republicans' worry about crime has risen sharply since Joe Biden became president, including an eight-point increase this year."