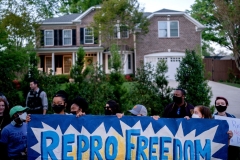 Pro-abortion demonstrators gather outside the house of US Supreme Court Justice Samuel Alito in Alexandria, Virginia, on May 9, 2022. (Photo by STEFANI REYNOLDS/AFP via Getty Images)

(CNSNews.com) – Virginia Lt. Gov. Winsome Sears said Wednesday that the Commonwealth of Virginia can prosecute people who protest outside the homes of Supreme Court justices.

As CNSNews.com previously reported, Psaki said she believes people have the right to “peacefully protest” outside the homes of Supreme Court justices after a draft opinion of Justice Samuel Alito that would overturn Roe v. Wade was leaked. 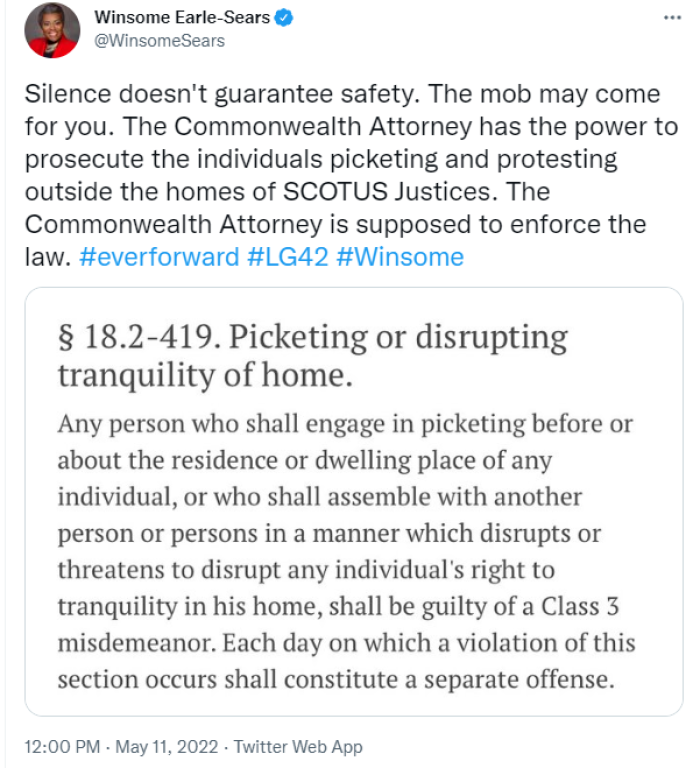 She also tweeted Virginia code 18.2-419 on “Picketing or disrupting tranquility of a home.”

It says: “Any person who shall engage in picketing before or about the residence or dwelling place of any individual, or who shall assemble with another person or persons in a manner which disrupts or threatens to disrupt any individual’s right to tranquility in his home, shall be guilty of a Class 3 misdemeanor. Each day on which a violation of this section occurs shall constitute a separate offense.”