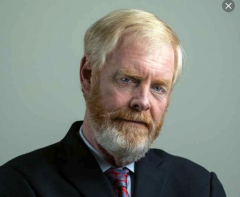 (CNS News) -- Media Research Center President Brent Bozell released a video on Tuesday decrying the mainstream media’s failure to investigate the New York Post’s story about Hunter and Joe Biden and their business dealings in the Ukraine and Communist China.

This story is “the biggest case of corruption I believe in the history of this nation,” said Bozell, and yet it has received “no coverage.”

“Think about the Supreme Court hearings, think about Watergate, think about how they wouldn't let go until they got to the bottom of this,” he added.  “And now with this explosive story which is the biggest case of corruption I believe in the history of this nation. No coverage.”

In the four-minute video, Bozell urges viewers to share it along with the few news stories about the apparent Biden pay-for-play scandal.

“I've never seen anything like this in my life,” said Bozell about the media blackout of the allegations against the Bidens. “If the media were doing their job, every single reporter would be on this story. They would be camped on the front lawn of the White House. They would be covering this live, all day long, all night long.”

“113 network hours of news media since this story broke, only 22 minutes,” by that media on the Biden scandal, said Bozell.  “Folks, that's three-tenths of one percent of the coverage has been devoted to this. This is a blanket that they've put over the story, so the American people won't know it.”

(Disclosure: The MRC is the parent organization of CNSNews.com.)

This explosive story from the Oct. 14 New York Post was blocked on Twitter and Facebook, and the major media have essentially ignored it, censoring it from the American people. (Screenshot)