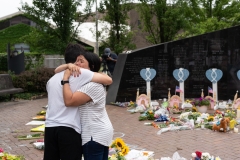 (CNSNews) –  Robert Crimo III, the alleged perpetrator of a mass shooting in Highland Park, Ill., on Independence Day who has been charged with seven counts of first degree murder, passed four background checks when purchasing firearms despite being flagged as a “clear and present danger” in 2019.

A statement from the Illinois State Police explains that they received a Clear and Present Danger report on the shooter in September of 2019 “in response to threats allegedly directed at [his] family.” The police found knives in his closet, but his father claimed that the knives belonged to him and that he was keeping them in his son’s closet for “safekeeping.”

Crimo told police that he had no intent to harm himself or others. Nobody involved in the incident “was willing to move forward on a complaint,” and police did not receive information about further threats or mental health issues “that would have allowed law enforcement to take additional action,” according to the statement. 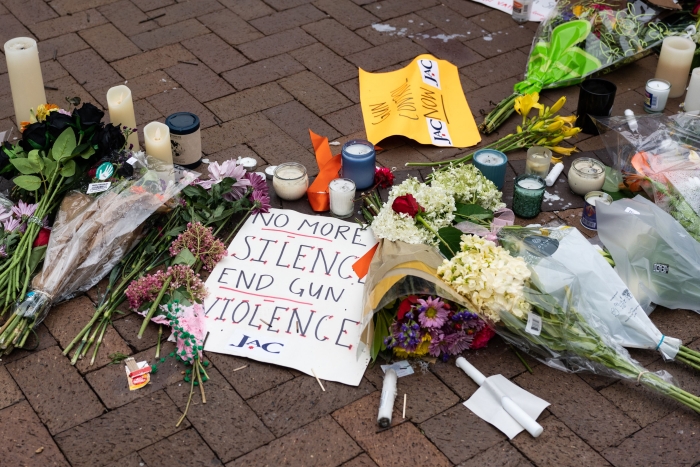 To own a gun in Illinois, the owner must possess a Firearm Owners Identification (FOID) card. At the time, Crimo did not have an FOID or a pending application for a FOID, so “Illinois State Police involvement with the matter was concluded,” reads the statement.

Three months later, Crimo applied for an FOID with the sponsorship of his father and was approved.

Crimo stands accused of carrying out the July 4 shooting spree in Highland Park, which took the lives of seven people and left more than three dozen injured. On July 5, Lake County State Attorney Eric Rinehart announced that his office had charged Crimo with seven counts of first degree murder. If convicted, Crimo faces a mandatory sentence of life in prison without parole.

“These are just the first of many charges that will be filed against Mr. Crimo,” Mr. Rinehart explained at a press conference on Tuesday. “We anticipate dozens of more charges, centering around each of the victims -- psychological victims, physical victims, attempted murder charges, aggravated charges, aggravated battery charges…. We will ask a judge to hold Mr. Crimo without the possibility of bail.”

Crimo was denied bail on Wednesday. At that court hearing, prosecutors claimed that Crimo confessed to the crime after being taken into custody, but no motive for the shooting has been determined, according to NPR.

Mr. Rinehart detailed restrictions that Illinois places on gun ownership: “Illinois has a strong red flag law that keeps communities safe and respects everyone’s rights… It allows courts to temporarily remove guns and prevent the purchase of new guns by individuals who pose a significant risk.”

The federal gun bill that was signed into law less than two weeks ago, known as the “Bipartisan Safer Communities Act,” establishes a $750 million fund to help states create and administer similar red flag laws.

That bill stands in contrast to the Supreme Court’s recent decision in New York Rifle & Pistol Association Inc. v. Bruen, in which the Court held that states may not prevent citizens from bearing arms in public for self-defense. The decision struck down a New York law that gave officials discretionary authority to deny applications for a permit to bear arms in public. 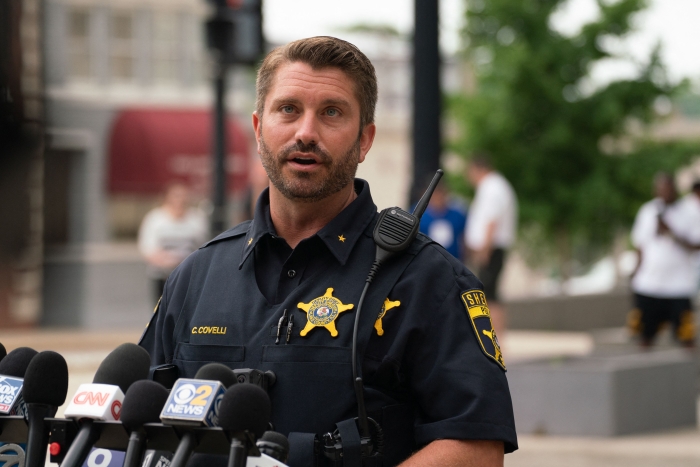 Lake County Sheriff's Office, Deputy Chief Christopher Covelli, speaks to the media on July 6, 2022, at the Lake County Courthouse in Waukegan, Illinois, to announce that the Highland Park mass shooting suspect, Robert Crimo III, will face multiple first-degree murder charges and will be held without bond. (Photo by MAX HERMAN/AFP via Getty Images)

Those two changes in federal standards for gun regulation followed two recent mass shootings. On May 14, an 18-year-old gunman allegedly shot 13 people, killing 10, including 11 black victims and two white victims. The gunman was able to legally purchase his weapon from a vintage gun store near his hometown, according to NPR. The suspect passed the shop’s background check despite state police ordering a psychiatric evaluation on the 18-year-old last June.

On May 25, another 18-year-old man (now deceased) committed a mass shooting at a Texas elementary school, killing 19 children and two adults. Texas police confirmed that the shooter also bought his firearm legally.