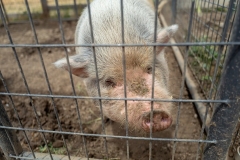 (CNSNews.com) - "The Chinese in the last week or two have identified a virus in the environment. It is not yet shown to be infecting humans, but it is exhibiting what we call reassortment capabilities," Dr. Anthony Fauci told the Senate Health, Education, Labor and Pensions Committee on Tuesday.

Fauci explained that when a virus emerges into a pandemic, it's either because of viral mutations or the exchange of genes.

"And they're seeing virus in swine, in pigs, now that have characteristics of the 2009 H1N1 of the original 1918, which many of our flu viruses have remnants of that  in it, as well as segments from other hosts like swine," Fauci continued:

When they all mix up together and they contain some of the elements that might make them susceptible to being transmitted to humans, you always have the possibility that you might have another swine flu-type outbreak as we had in 2009.

It's something that still is in the stage of examination -- it's not so-called an immediate threat where you are seeing infections, but it's something we need to keep our eye on, just the way we did in 2009 with the emergence of the swine flu.

According to an article in Proceedings of the National Academy of Sciences:

"Pigs are considered as important hosts or “mixing vessels” for the generation of pandemic influenza viruses. Systematic surveillance of influenza viruses in pigs is essential for early warning and preparedness for the next potential pandemic."

The article says "close monitoring in human populations, especially the workers in swine industry, should be urgently implemented."