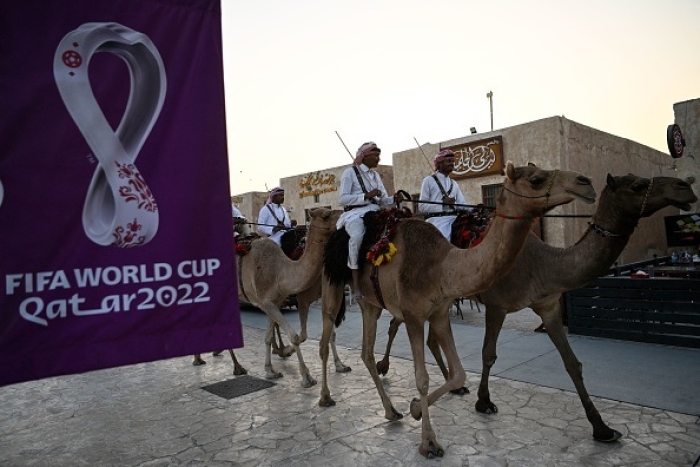 (CNSNews.com) – The world’s biggest sporting event has kicked off in Qatar, and the global soccer governing body is in defense mode, hitting back at criticism more than a decade in the making over the decision to award the 2022 World Cup hosting rights to a rights-abusing Islamist autocracy.

“For what we Europeans have been doing in the last 3,000 years around the world, we should be apologizing for the next 3,000 years, before starting to give moral lessons to people,” said Infantino, a Swiss-Italian who has led FIFA since 2016.

FIFA’s decision in 2010 to hand the 2022 tournament to the wealthy Gulf state – which beat the United States in four rounds of voting – was controversial at the time and since.

Accusations of corruption in the process dogged then-FIFA president Sepp Blatter (who was banned in 2015 for ethics breaches) and Qatar’s World Cup bid team (which was cleared after a two-year FIFA corruption inquiry).

Qatar’s poor human rights record, discriminatory treatment of homosexuals, a history of supporting Islamist and terrorist groups, and poor labor standards linked to the deaths of foreign workers building the tournament venues, have all contributed to concerns.

Even Blatter, who presided over the 2010 decision, recently called awarding the competition to Qatar a “mistake” and a “bad choice” – although he cited the Gulf state’s small size rather than human rights concerns as his reasons for making the judgement.

FIFA’s attempts to quell the controversies and focus attention on the game were not helped by a last-minute decision to ban the sale of beer at stadiums, at the behest of the conservative state’s government.

Infantino said FIFA had failed in its attempts to persuade the host government to keep to the original agreement. The plan had been to allow the sales of Budweiser – a major FIFA World Cup sponsor for more than three decades – within the perimeters of the stadiums for three hours before, and one hour after each game.

“I think personally, if for three hours a day you cannot drink a beer, you will survive,” he said.

That tweet was later taken down, and Budweiser instead tweeted a photo of crates of beer in a warehouse, with the message, “New Day, New Tweet. Winning Country gets the Buds. Who will get them?” 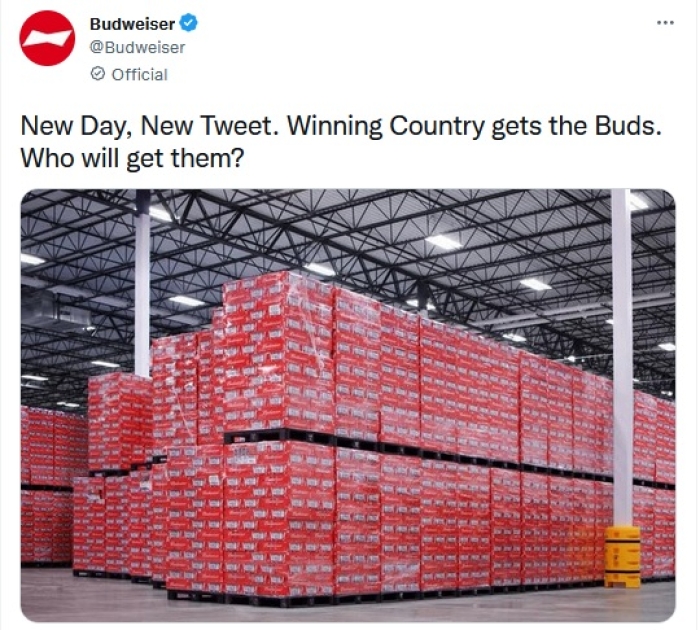 FIFA in a statement said the decision to move beer sales points from the stadium perimeters had come “[f]ollowing discussions between host country authorities and FIFA.”

Alcohol-free beer would still be available, it said, adding that Qatar authorities and FIFA would “continue to ensure that the stadiums and surrounding areas provide an enjoyable, respectful and pleasant experience for all fans.”

Secretary of State Antony Blinken was heading to Qatar Sunday to launch an annual bilateral strategic dialogue, and to cheer on the national team. The United States’ opening game, against Wales, takes place on Monday afternoon U.S. eastern time.

In a press call looking ahead at Blinken’s visit, deputy assistant secretary for Arabian peninsula affairs Daniel Benaim fielded several questions about Qatar’s human rights record, and was asked if Blinken’s attendance at a World Cup game would “send the wrong signal to the Qatari government.”

Benaim said under the Biden administration human rights is “one of the five key principles driving U.S. policy in this region.”

“The United States has been discussing human rights with Qatar and with other partners in this region at all levels, and we will continue to do so long after the World Cup concludes.”

Asked about recent public comments by a Qatar World Cup ambassador critical of homosexuality – which is illegal in Qatar – Benaim noted that Qatar’s ruler, Emir Sheikh Tamim Bin Hamad al-Thani, has said that all World Cup fans will be welcome to visit Qatar.

“The issue of LGBTQ rights is one where the U.S. policy position is well known, and as I said, it’s one of the many issues that we’ve discussed with the Qatari government and will continue to discuss,” he said. “The emir is the senior-most official in the country and made clear that all are welcome at the World Cup.”

As for the last-minute beer ban, Benaim said, “I think our bigger focus is just making sure, as part of our larger focus on the safety and well-being of American citizens, that Americans are well aware of the regulations and in a position to follow host country regulations.”

The World Cup runs through December 18, with 32 national teams vying for the title and trophy.