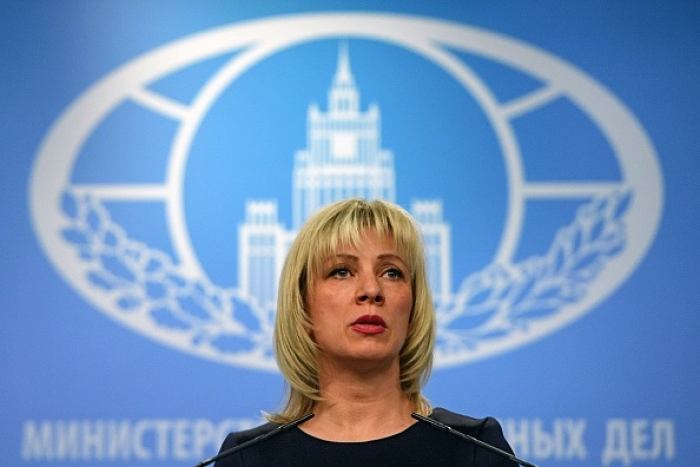 (CNSNews.com) – The U.S. government on Wednesday backed Poland’s assessment that a deadly explosion in eastern Poland Tuesday was “was most likely the result of a Ukrainian air defense missile” that went astray, but said Russia was ultimately accountable, given the circumstances of the incident.

National Security Council spokesperson Adrienne Watson said in a statement that whatever the final conclusions from the Polish government’s investigation, “it is clear that the party ultimately responsible for this tragic incident is Russia, which launched a barrage of missiles on Ukraine specifically intended to target civilian infrastructure.”

The explosion several miles inside Polish territory near the border with Ukraine took place as Ukraine was bearing the brunt of – and seeking to defend itself against – a significant Russian bombardment of targets across the country which cost at least one life in Kyiv and left millions without power and water.

Poland had earlier said that two of its citizens had been killed when a “Russia-made” missile fell in a village near the border. Ukraine, formerly part of the Soviet Union, still uses Russian-made missiles from that era in its air defense systems, and Polish President Andrzej Duda said it was “most probably” one such S-300 missile that landed inside his country.

“There is nothing, absolutely nothing, to suggest that it was an intentional attack on Poland,” Duda said.

Ukrainian President Volodymyr Zelenskyy said Wednesday he did not believe the missile that fell in Poland was a Ukrainian air defense missile, and called for Ukraine to be part of the investigation into the incident.

Watson’s assertion that Russia was “ultimately responsible” was not well received in Moscow, where foreign ministry spokeswoman Maria Zakharova said in response the U.S. “doesn’t give a damn about the results of the investigation.”

“The U.S. government always has someone to ‘hold accountable’ for political reasons,” she wrote on her Telegram channel.

The Russian foreign ministry summoned Poland’s charge d’affaires, Zakharova confirmed, without giving details. Earlier, the Polish foreign ministry had summoned the Russian ambassador, demanding an explanation for what at the time was being viewed by Warsaw as a likely Russian missile strike.

Kremlin spokesman Dmitry Peskov told reporters the incident illustrated again that “one should never rush to pronounce judgements and statements that can escalate the situation, still more so at such crucial moments,” the TASS state news agency reported.

He criticized “high-ranking officials” in European countries who he said “were making statements without having any idea of what exactly happened or what the real cause was.”

Peskov noted, by contrast, “the restrained and far more professional response of the American side and the American president.”

(In Bali early on Wednesday, President Biden had said that it was “unlikely” the missile which landed in Poland had been launched from Russia but said the U.S. would “make sure we find out exactly what happened.”)

In response to questions about whether Russia bore ultimate responsibility, Peskov demurred.

“As for the incident in Poland, Russia has nothing to do with it,” he said. “Let us call things by their proper names.”

After a meeting of NATO ambassadors in Brussels, NATO secretary-general Jens Stoltenberg shared the Polish assessment of what happened in the village of Przewodów.

“Our preliminary analysis suggests that the incident was likely caused by a Ukrainian air defense missile fired to defend Ukrainian territory against Russian cruise missile attacks,” he told reporters.

“But let me clear: this is not Ukraine’s fault,” he said. “Russia bears ultimate responsibility as it continues its illegal war against Ukraine.”

Stoltenberg also said the alliance has “no indication that Russia is preparing offensive military actions against NATO.”