Milley: If Pelosi Goes to Taiwan, Military Will ‘Do What’s Necessary in Order to Ensure a Safe Visit’ 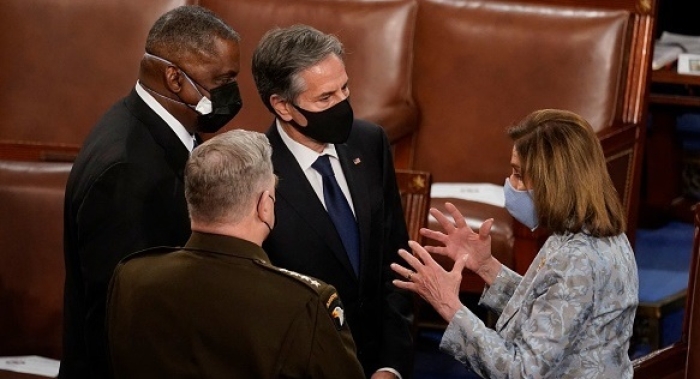 (CNSNews.com) – Amid reports that House Speaker Nancy Pelosi has invited several colleagues to accompany her to Taiwan – the clearest indication yet that she still plans to make the trip – chairman of the Joint Chiefs of Staff Gen. Mark Milley said the military’s job, if asked, would be to “do what is necessary in order to ensure a safe visit.”

Milley, who is visiting Australia, told the Australian Broadcasting Corporation he did not know if a Pelosi trip to Taiwan “will necessarily increase tension or not.”

“There’s certainly some rhetoric coming out of China that is quite disturbing about that,” he said. “But we’ll have to wait and see.”

Beijing has doubled down on its threats of serious retaliation if the visit goes ahead.

“If the U.S. side insists on making the visit and challenges China’s red line, it will be met with resolute countermeasures. The U.S. must bear all consequences arising thereof.”

Similar warnings have come in recent days from the defense ministry and the department at the State Council that deals with “Taiwan affairs.”

The U.S. “must not arrange for Pelosi to visit the Taiwan region,” defense ministry spokesman Tan Kefei said on Tuesday.

“Should the U.S. side insist on doing otherwise, the Chinese military will never sit idle by, and will certainly take strong and resolute measures to thwart any interference by external forces,” he said.

The warnings come as President Biden plans to hold a conversation with Chinese President Xi Jinping, possibly as early as Thursday.

National Security Council coordinator for strategic communications John Kirby said he expected “tensions over Taiwan” would be on the agenda.

Kirby told reporters at the White House Biden would to sure to reaffirm that the U.S. “one China policy” remains unchanged, and “that we continue to not want to see cross-Strait issues or tensions resolved unilaterally, and certainly not by force, and there’s no reason for it to.”

Pelosi, who would be the most senior U.S. official to visit the island since Speaker Newt Gingrich in 1997, has not herself confirmed or denied the reported travel plans, citing security protocols.

McCaul said he had a prior obligation and so had to decline, but expressed his view that any member of the House who wanted to go to Taiwan should do so.

“But she should also pay attention to the military if it’s going to cause a blowback and escalate things,” McCaul was quoted as saying.

While the White House has declined to comment on a trip that has not yet been announced, Biden said last week when asked about it, “I think that – the military thinks it’s not a good idea right now.”

Kirby on Wednesday again would not comment on unannounced trip plans.

“I will tell you that it’s routine for us to – when she travels overseas – to provide her facts and analysis, context, geopolitical realities that she’s going to be facing wherever she goes,” he said.

“ Our job is to inform her decision-making process, and we’re doing that,” Kirby said. “The Speaker makes the decisions.”

‘We are quite prepared’

During a visit to Japan last May, Biden replied “yes” when asked if he was willing “to get involved militarily to defend Taiwan” if China invaded. The White House quickly issued a statement saying the president was not outlining any change in policy.

In Canberra, Milley was asked during the ABC interview about Biden’s remarks.

“He said that the U.S. would defend Taiwan militarily if China invaded. Is that him asking you to prepare for that?”

Milley said the U.S. military prepares for all kinds of contingencies, but it wouldn’t be wise for him to talk about those preparations in a media interview.

“I would just leave the policy as it is, and obviously, we take our direction from the commander-in-chief, and we’ll do as directed,” he said.

“And I would tell you that we are quite prepared to deal with any contingencies that occur.” 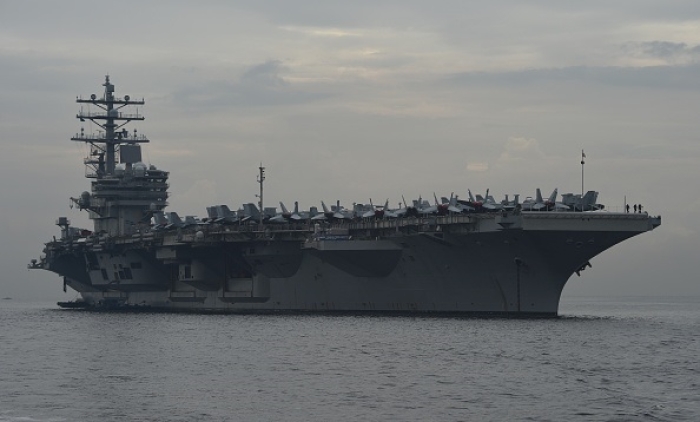 The U.S. Navy aircraft carrier USS Ronald Reagan is currently operating with its strike group in the western Pacific. (Photo by Ted Aljibe/AFP via Getty Images)

Several U.S. lawmakers from both parties have voiced support for a Pelosi visit to Taiwan, saying that backing down would send the wrong signal.

“There might be some risk of a mishap if Pelosi visits Taiwan, but the alternative is for China to be emboldened by dictating the movements of US officials,” Taiwan’s Taipei Times said in an editorial Thursday.

“China’s approach is always to engage in gray-zone tactics and to push the boundaries,” it said. “It is imperative that the U.S. sends a clear message to China that it will not be coerced.”