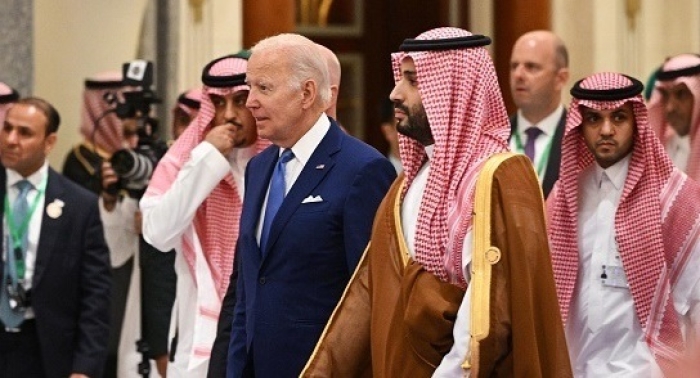 (CNSNews.com) – State Department spokesman Ned Price was asked five time on Wednesday if the administration was pleased that a federal judge had accepted its view that Saudi Crown Prince Mohammed bin Salman was legally immune in a lawsuit relating to the murder of Saudi writer Jamal Khashoggi.

Price each time declined to comment. He said he had no reaction to the fact the District of Columbia District Court judge accepted the administration’s stance on immunity.

“We weighed in on a narrow issue,” he said. “The judge then took that rather narrow input and determined that that input had implications for the broader case. And I’ll leave it at that.”

It was on the basis of the administration’s position that Judge John D. Bates dismissed the civil suit against bin Salman, brought by Khashoggi’s fiancée, Hatice Cengiz.

Khashoggi, a U.S.-based critic of the regime, was killed and dismembered inside the Saudi Consulate in Istanbul in 2018. A February 2021 U.S. intelligence assessment concluded that bin Salman approved the operation that resulted in his death.

Last September, while the civil case brought by Cengiz was underway, and as the court was awaiting input from the administration on the question of head-of-state immunity, King Salman transferred the post of prime minister – usually held by the kingdom’s ruling monarch – to the crown prince.

Critics saw the move as a transparent attempt to strengthen the claim of immunity – “a last ditch effort to escape the jurisdiction of the court,” in the view of Democracy for the Arab World Now (DAWN), an advocacy organization Khashoggi founded and led until his death.

In its “statement of interest” submitted to the court last month, the State Department said it “recognizes and allows the immunity of Prime Minister Mohammed bin Salman as a sitting head of government of a foreign state.”

It added that in making the determination, the department “takes no view on the merits of the present suit and reiterates its unequivocal condemnation of the heinous murder of Jamal Khashoggi.”

In his ruling on Tuesday, Bates expressed his disquiet, but acceded to the administration’s position.

“Despite the Court’s uneasiness, then, with both the circumstances of bin Salman’s appointment [as prime minister] and the credible allegations of his involvement in Khashoggi’s murder, the United States has informed the Court that he is immune, and bin Salman is therefore ‘entitled to head of state immunity . . . while he remains in office.’ Manoharan, 711 F.3d at 180. Accordingly, the claims against bin Salman will be dismissed based on head-of-state immunity.”

(The Manoharan case cited by the judge was a 2013 U.S. Court of Appeals ruling relating to a civil claim brought against the sitting president of Sri Lanka.)

“If the immunity determination was in front of the Court without input from the Executive Branch, the Court certainly would consider the plaintiff’s arguments about whether, as a substantive matter, bin Salman was entitled to head-of-state immunity,” he wrote.

Bates said that “there is a strong argument that plaintiffs’ claims against bin Salman and the other defendants are meritorious.”

“However, the Court cannot resolve that issue at this time,” he said. “The Court has a responsibility to decide preliminary issues, such as jurisdiction, before the merits – however strong the merits may be.”

Bates also dismissed claims against two other Saudi defendants, Saud al-Qahtani and Ahmed al-Assiri, on the grounds the U.S. court lacked jurisdiction over them.

While campaigning for the White House, former Vice President Joe Biden said he believed the crown prince had ordered the killing of Khashoggi, and pledged as president to “make them pay the price and make them in fact the pariah that they are.”

Biden visited the kingdom last July, and came in for criticism at home after he was filmed greeting bin Salman in Jeddah with a fist bump.

He told reporters later he raised Khashoggi’s murder at the top of his meeting with the crown prince, “making it clear what I thought of it at the time and what I think of it now.”

Biden said he had made “crystal clear” his view that for an American president to be silent on human rights would be “inconsistent with who we are and who I am.”

Al-Qahtani and al-Assiri, the two co-defendants in the case against bin Salman, were among 18 Saudi officials targeted for  U.S. sanctions over the killing.

The U.S. Treasury Department described al-Qahtani as a senior government official “who was part of the planning and execution of the operation that led to the killing of Mr. Khashoggi.”

The department said al-Assiri, a former top intelligence official, “was assigned to murder journalist Khashoggi” and “was the ringleader of the operation.”

Neither the Trump nor Biden administration imposed sanctions on bin Salman himself. The Biden White House argued last year that “historically,” U.S. administrations, both Republican and Democrat, have not sanctioned leaders of countries “where we have diplomatic relations,” and even in some cases where the U.S. does not have diplomatic ties.

As CNSNews.com reported at the time, that assertion was not factual.