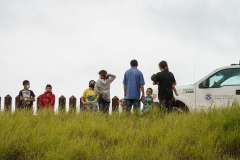 Migrants who came here illegally wait to be processed by U.S. Border Patrol agents in Penitas, Texas on July 8, 2021. (Photo by PAUL RATJE/AFP via Getty Images)

Figures released by U.S. Customs and Border Protection (CBP) on Thursday also showed significant jumps between June and July in the number of “encounters” of migrants hailing from Russia (from 402 to 703) and Colombia (from 481 to 748), while the number from Ukraine more than doubled (from 48 to 101).

Numbers from China and Turkey both decreased slightly in July, although the overall trajectory for both this year has been an upward one. 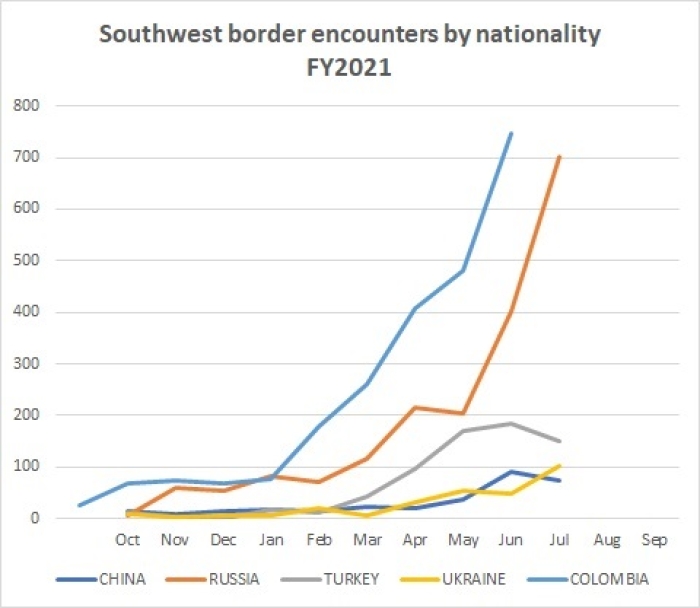 The topline figure released by CBP, a total of 212,672 encounters on the southwest border in July, had been expected, after a senior Department of Homeland Security (DHS) official in a court filing early this month put the number at around 210,000. 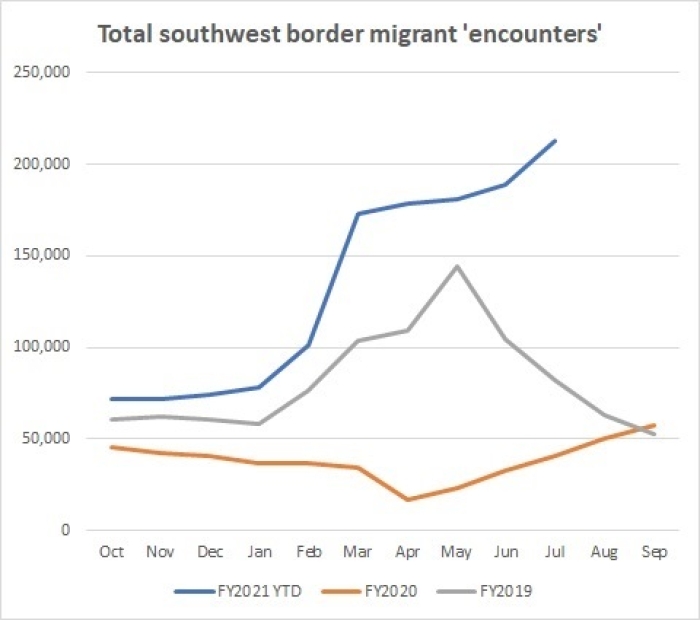 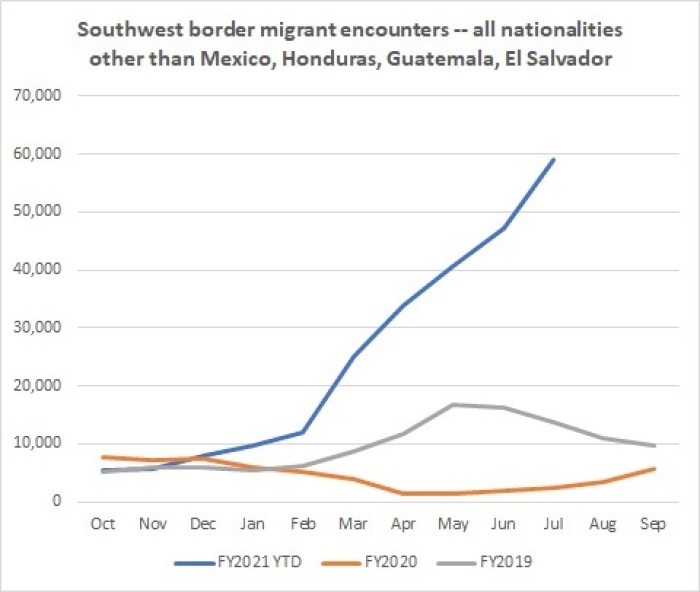 CBP Acting Commissioner Troy Miller said “the vast majority of single adults and many families” were being expelled by the CBP under Title 42, the public health authority permitting the expulsion of migrants without a court hearing because of concerns about the spread of COVID-19.

Apprehended migrants who cannot be expelled under Title 42, and who don’t have a legal basis to remain, were placed in expedited removal proceedings, he said.

The CBP also reported that many of migrants were being stopped more than once, a situation which it attributed to the large number of expulsions during the pandemic.

As a result, it said, the total number of encounters is higher than number of unique individuals being stopped along the border.