Blinken: Taliban ‘Grossly Violated’ Agreement With US by ‘Hosting and Sheltering’ Zawahiri 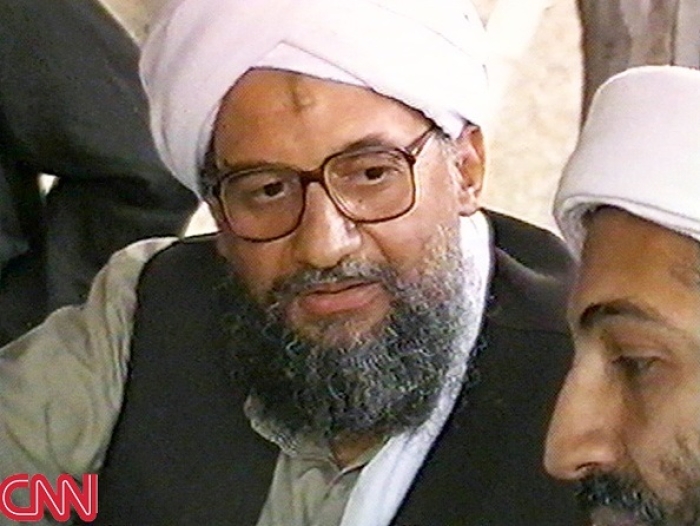 An image taken from a collection of video clips obtained by CNN shows Ayman Al-Zawahiri with al-Qaeda leader Osama bin Laden in Afghanistan in 1998. (Photo by CNN via Getty Images)

(CNSNews.com) – The Taliban “grossly violated” its 2020 agreement with the United States by “hosting and sheltering” al-Qaeda leader Ayman al-Zawahiri, Secretary of State Antony Blinken said on Monday, after President Biden announced that the fugitive terrorist had been killed in a weekend drone strike in Kabul.

Blinken said the Taliban had violated not just the Doha agreement but also its “repeated assurances to the world that they would not allow Afghan territory to be used by terrorists to threaten the security of other countries.”

“They also betrayed the Afghan people and their own stated desire for recognition from and normalization with the international community,” he said.

“In the face of the Taliban’s unwillingness or inability to abide by their commitments, we will continue to support the Afghan people with robust humanitarian assistance and to advocate for the protection of their human rights, especially of women and girls.”

There was no immediate official Taliban response overnight to news of Zawahiri’s death, although Taliban spokesman Zabihullah Mujahid Tuesday morning did repost a statement from the previous day, “strongly” condemning the drone strike, without mentioning the target, and calling it a violation by the U.S. of the Doha agreement.

The February 2020 agreement signed between the Taliban and the Trump administration in Doha, Qatar paved the way for the U.S. troop withdrawal and an end to the war.

It included a clear pledge that the Taliban would “not allow any of its members, other individuals or groups, including al-Qaeda, to use the soil of Afghanistan to threaten the security of the United States and its allies.”

That commitment was then laid out in more specific terms.

Moreover, the Taliban would “prevent any group or individual in Afghanistan from threatening the security of the United States and its allies, and will prevent them from recruiting, training, and fundraising and will not host them.”

Finally, the Taliban pledged to deny asylum or residence in Afghanistan, and not issue visas, passports, travel permits, or other legal documents, to individuals posing a threat to the security of the U.S. and its allies.

One day after the Taliban seized power in Kabul almost a year ago, Biden described al-Qaeda as having been “severely degraded” in Afghanistan.

Several days later, he raised eyebrows when he said that al-Qaeda was “gone” from Afghanistan.

“Look, let’s put this thing in perspective here,” he told reporters in the East Room. “What interest do we have in Afghanistan at this point with al-Qaeda gone? We went to Afghanistan for the express purpose of getting rid of al-Qaeda in Afghanistan, as well as – as well as getting Osama bin Laden. And we did.”

When asked about Biden’s remark, however, Kirby said the Pentagon believes that that “there isn’t a presence that is significant enough to merit a threat to our homeland, as there was back on 9/11 20 years ago.”

During a visit to Kuwait the following month – shortly after the chaotic evacuation mission from Kabul ended – Defense Secretary Lloyd Austin said the U.S. had “put the Taliban on notice” that it expects it will not allow al-Qaeda to “regenerate in Afghanistan.”

“One of the ways that the Taliban can demonstrate that they are serious about being a bona fide government and respected in an international community is to not allow that to happen,” he said. “So I think everybody’s watching this very closely.”

‘A safe haven under the Taliban’

Since then, reports by U.N. Security Council sanctions monitoring teams have highlighted concerns about Taliban-al-Qaeda cooperation.

“The relationship between the Taliban and al-Qaeda remains close, with the latter celebrating the former’s success and renewing its pledge of allegiance to [Taliban leader Hibatullah Akhundzada],” said one such report last May, pointing to assessments by member-states suggesting “that al-Qaeda has a safe haven under the Taliban and increased freedom of action.” 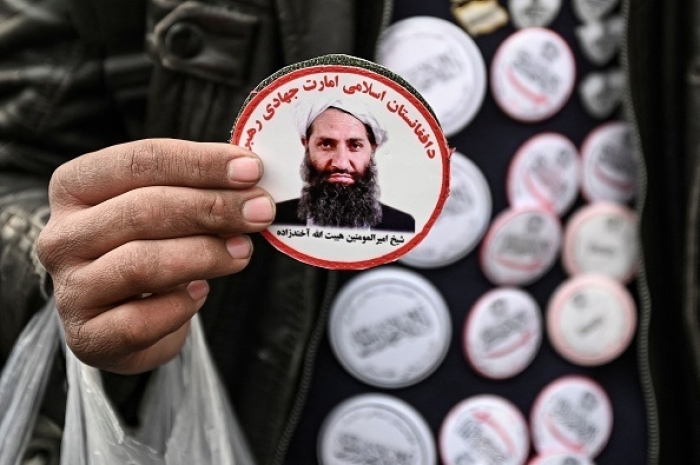 The report also stated that some al-Qaeda members were reported to be living in Kabul’s former diplomatic quarter where they have access to foreign ministry meetings, although it said the monitoring team could not confirm that.

(The CIA drone strike that killed Zawahiri targeted a house in the capital’s Sherpur neighborhood, which lies immediately adjacent to the diplomatic quarter and is also within a mile of two of major regime ministries, including the foreign ministry.)

“Going forward, al-Qaeda appears free to pursue its objectives, short of international attacks or other high-profile activity that could embarrass the Taliban or harm their interests,” it said.

“These objectives are likely to include recruitment, training, fundraising and al-Zawahiri’s video communications. It is assessed that al-Qaeda is focused on reorganizing itself in the short-to-medium term with the ultimate objective of continuing its idea of global jihad.”

“Al-Qaeda leadership reportedly plays an advisory role with the Taliban, and the groups remain close,” said the more recent report.

It included an assessment that al-Qaeda would not likely try to carry out direct attacks outside the country in the short term, “owing to a lack of capability and restraint on the part of the Taliban, as well as an unwillingness to jeopardize their recent gains.”

However, the report added that al-Qaeda “is considered a significant threat to international security over the long term.”

In his remarks at the White House on Monday night, Biden said that Afghanistan would never again be allowed to be “a terrorist safe haven because he [Zawahiri] is gone, and we’re going to make sure that nothing else happens.”

“You know, it can’t be a launching pad against the United States,” he said. “We’re going to see to it that won’t happen.”