Blinken: Biden Will Tell Xi Jinping That China Will Face ‘Costs’ If It Supports Putin’s War 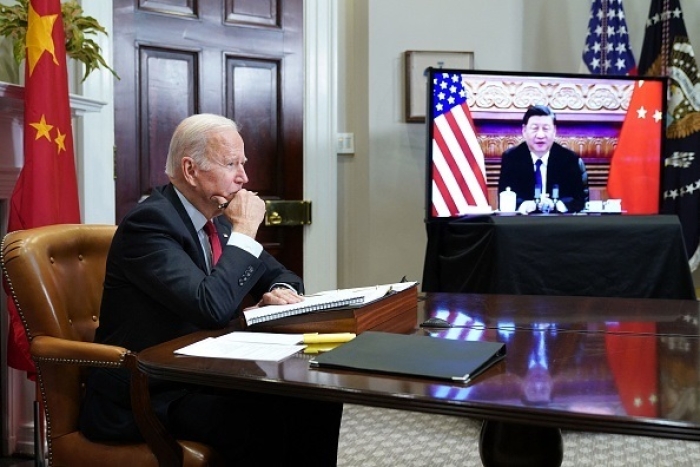 (CNSNews.com) – President Biden will tell Chinese President Xi Jinping during their phone call on Friday that if China takes any steps to help Russia’s war against Ukraine, it will face consequences.

Secretary of State Antony Blinken told reporters at the State Department that Biden “will make clear that China will bear responsibility for any actions it takes to support Russia’s aggression, and we will not hesitate to impose costs.”

The phone conversation is scheduled to take place four days after National Security Advisor Jake Sullivan met in Rome with the Chinese Communist Party’s top foreign affairs official, Yang Jiechi, and delivered the same message. That meeting had been long planned, but followed reports that Russia has asked China for help as it deals with the effects of economic sanctions imposed in response to its invasion of Ukraine.

Chinese foreign ministry spokeswoman Hua Chunying said the Biden-Xi call was requested by the U.S. side, although when asked who initiated it, White House press secretary Jen Psaki only said it had been discussed and mutually agreed upon at the Sullivan-Yang meeting.

Biden, she said, was “a big believer in leader-to-leader diplomacy.” 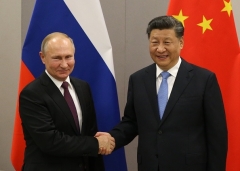 Biden frequently touts his interactions with Xi, pointing back to when, as vice president, President Obama tasked him to get to know his Chinese counterpart before Xi took the helm in 2013. He says they traveled 17,000 miles together over a ten-day period, and held around 14 hours of private meetings.

Less than three weeks before Russia launched its invasion of Ukraine, Xi hosted President Vladimir Putin in Beijing on the sidelines of the opening of the Winter Olympics, and the two signed off on a comprehensive declaration in which they hailed a “no limits” friendship.

China has declined to condemn the invasion, restricting its public comments to vague declarations of the need for diplomacy, while expressing sympathy for Moscow’s positions on the purported threat NATO poses to Russia.

Beijing’s stance is striking, given the high priority it gives in other contexts to the principles of sovereignty and territorial integrity and the primacy of the U.N. Charter.

“We believe China in particular has a responsibility to use its influence with President Putin and to defend the international rules and principles that it professes to support,” Blinken said.

“Instead, it appears that China is moving in the opposite direction by refusing to condemn this aggression while seeking to portray itself as a neutral arbiter – and we’re concerned that they are considering directly assisting Russia with military equipment to use in Ukraine.”

State Department spokesman Ned Price said on Wednesday that while “the vast majority of the world’s countries” have stood up against Russia’s invasion, the U.S. had yet to see “that sort of unambiguous support from the PRC.”

“We’ve made very clear to the PRC that we have significant concerns, and that any effort to compensate Russia for its financial losses, for the economic toll, or, of course, any effort to supply, to provide materiel for Russia’s war effort – that would be met with significant costs not only from the United States but from our allies and partners around the world.”

Asked Thursday how specific Biden would be in laying out consequences for China if it helps Russia, Psaki said the president “never fails to be direct, including in his conversations with President Xi.”

Beijing’s foreign ministry early this week called reports that Russia had approached it for help malicious “disinformation,” and the following day Chinese Ambassador to the U.S. Qin Gang in a Washington Post op-ed dismissed them as “rumors.”

“Assertions that China knew about, acquiesced to or tacitly supported this war are purely disinformation,” he wrote. “All these claims serve only the purpose of shifting blame to and slinging mud at China.”

Qin also warned the U.S. not to threaten China with sanctions at the same time as seeking its support and cooperation.

“Neither war nor sanctions can deliver peace,” he said. “Wielding the baton of sanctions at Chinese companies while seeking China's support and cooperation simply won’t work.”

‘The culprits of the crisis’

At Thursday’s foreign ministry press briefing, spokesman Zhao Lijian responded tetchily when asked if China found itself in an uncomfortable position regarding the Ukraine war.

“Speaking of ‘uncomfortable,’ it is those countries that delude themselves into thinking that they can lord it over the world after winning the Cold War, those that keep driving NATO’s eastward expansion, five times, in disregard of other countries’ security concerns, and those that wage wars across the globe while accusing other countries of being belligerent, that should really feel ‘uncomfortable.’”

Zhao said China’s position on the conflict was “open, fair and objective,” focused on promoting dialogue for peace.

But it was up to those who instigated the conflict to resolve the crisis, he said, making clear which side Beijing views as responsible.

Asked for China’s position on the killings of civilians at the hands of the invading Russian forces, Zhao repeated the call for dialogue, but then suggested that such questions betrayed bias.

“When it comes to civilian casualties and humanitarian situation, I wonder if you were equally concerned about the people in Iraq, Syria, Afghanistan and Palestine. Do these civilians mean nothing to you?” he asked.

“Do not forget Serbia in 1999,” Zhao added, in reference to NATO’s military intervention aimed at ending Serb aggression against Kosovo’s ethnic Albanian majority.

“Did you show any care about civilian casualties there? If not, then you are in no position to make accusations against China.”