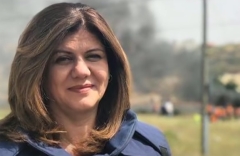 (CNS News) -- On July 4, the U.S. State Department announced that after extensive investigations by several parties, overseen by the U.S. Security Coordinator (USSC), it was concluded that the gunfire which killed Shireen Abu Akleh, a U.S.-Palestinian citizen and journalist, likely came from Israeli Defense Forces.

Akleh, who had worked for Al Jazeera since 1997, was shot in the head and killed on May 11 while covering an Israeli military raid in the Jenin refugee camp in the occupied West Bank. Akleh was wearing a press vest and standing with other reporters when she was shot.

Al Jazeera journalist Ali al-Samoudi, who was at the scene, was hit in his back with a bullet. He survived.

The U.S. State Department said, "In addition to the forensic and ballistic analysis, the USSC was granted full access to both Israel Defense Forces (IDF) and Palestinian Authority (PA) investigations over the last several weeks. By summarizing both investigations, the USSC concluded that gunfire from IDF positions was likely responsible for the death of Shireen Abu Akleh." (Emphasis added.) 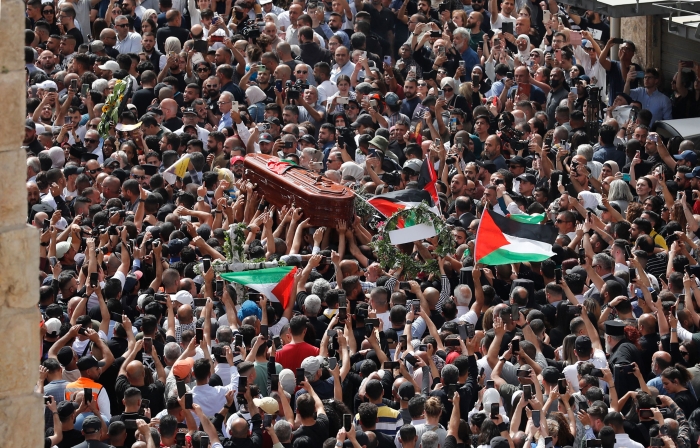 "The USSC found no reason to believe that this was intentional but rather the result of tragic circumstances during an IDF-led military operation against factions of Palestinian Islamic Jihad on May 11, 2022, in Jenin, which followed a series of terrorist attacks in Israel," said the State Department.

National Public Radio reported that Israel "has strongly denied she [Akleh] was deliberately targeted, but says an Israeli soldier may have hit her by mistake during an exchange of fire with a militant."

Journalist Al-Samoudi told Al Jazeera there were no Palestinian militants at the scene when Akleh was killed.

“We were going to film the Israeli army operation and suddenly they shot us without asking us to leave or stop filming,” said al-Samoudi. “The first bullet hit me and the second bullet hit Shireen … there was no Palestinian military resistance at all at the scene.”

Another journalist, Shatha Hanaysha, who was standing next to Akleh, told Al Jazeera that the IDF directly targeted them.

“We were four journalists, we were all wearing vests, all wearing helmets,” said Hanaysha. “The [Israeli] occupation army did not stop firing even after she [Akleh] collapsed. I couldn’t even extend my arm to pull her because of the shots being fired. The army was adamant on shooting to kill.”

Ibrahim Melhem, a spokesperson for the Palestinian authority government, said the incident was a "comprehensive crime committed against a well-known journalist."

“The killing was deliberate," he said. "[A]ll the witnesses present at the scene of the crime ensure that it was an Israeli sniper that committed the crime in a deliberate way."

In the June 9 Wall Street Journal, Israeli Foreign Minister Yair Lapid wrote, "We may never know exactly what caused her death, but the important thing is that, like 511 other journalists who were killed in recent years around the world, she died while carrying out her duties. Being a journalist in wartime is a dangerous business."

"If the outrageous claim that Israel targets journalists were true, why would she have worked in the region for more than 20 years?" said Lapid.

Shireen Abu Akleh was a Palestinian Arab Christian, a Melkite Catholic. She was born in Jerusalam and obtained U.S. citizenship through her mother's family in New Jersey. She was 51 years old.