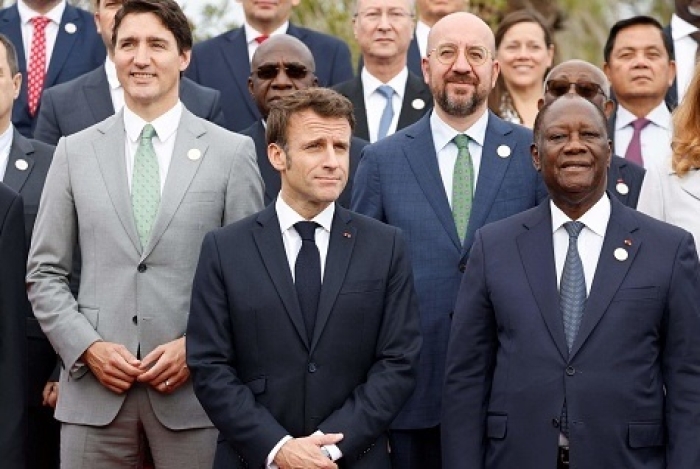 Paris (CNSNews.com) – French President Emmanuel Macron has accused Russia of undermining France’s interests in Africa, saying Moscow is acting “as a predator” in the region.

“Several powers, who want to build influence in Africa, are developing this to damage France, damage its language, raise doubts, but above all seek [their] interests,” Macron told France’s TV5 channel following a gathering in Tunisia of French-speaking nations, most of them in Africa.

“You just have to go and see what is happening at the moment in the Central African Republic or elsewhere [in the region] to see very clearly the Russian project that is at work there.”

Russia is increasingly present in mineral-rich Central African Republic, involved in military training, presidential protection, and the mining of precious stones and minerals. The country is becoming a strong symbol of the Russian presence on the continent.

Macron also accused Russia of fueling anti-French sentiment and propaganda in struggling African countries, where France has suffered military setbacks and, more generally, a loss of influence in recent years.

Macron also said Russia pays “influencers,” including journalists, to spread claims that Paris exploits its economic and historical ties with its former colonies to serve its own interests.

The Kremlin denies the claims, and says the Wagner Group does not represent the Russian state.

For more than ten years, France has had troops in Mali and other Sahel countries, training and working with local forces to counter terrorism, with mixed results at best.

The governments of some of these countries, especially Mali and Burkina Faso, have described the operations as a total failure.

France announced plans to withdraw its troops from Mali after the army seized power in a coup in 2020. After the last troops left in August, the military junta said it was severing diplomatic ties with Paris. Mali expelled the French ambassador in February, and this month the French foreign ministry announced the suspension of development assistance projects in Mali.

After the French left, Mali’s rulers invited the Wagner Group to help in its fight against Islamist movements.

“The French intervention against the jihadists was welcomed positively by Malians when it began in 2013,” Jean de Gliniasty, director of the Institute of International and Strategic Relations in Paris, wrote in an August paper. “But today Russian propaganda has changed the minds of local populations who violently criticize it [the French mission] for its ineffectiveness. At the same time, most Malians want the Russians to take over.”

The Francophone Summit, held in Tunisia, brought together leaders from 88 countries, mostly in Africa – 54 member-states, seven associate members, and 27 observers.

Speaking to reporters on the sidelines, Canadian Foreign Minister Mélanie Joly said, “The reality is that there is a battle of influence that is happening around the world, and one of the battlefields is definitely Africa.”

“It is important for us to show up and be able to engage while China and Russia are definitely trying to exert their influence [in Africa],” she said.

The world’s French-speaking community is around 321 million-strong, and is expected to reach 750 million in 2050.