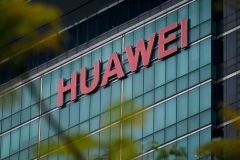 Moscow (CNSNews.com) – Huawei founder Ren Zhengfei recently revealed that the telecommunications giant has been shifting its investments and operations to Russia as a response to growing pressure from the United States.

Zhengfei’s remarks on how Huawei has responded to U.S. sanctions came during a visit to top Chinese universities last month, the South China Morning Post reported on Monday.

Huawei’s expansion in Russia comes amid growing technological cooperation between Beijing and Moscow. A year ago, China and Russia launched a joint investment fund for high-tech projects with an initial budget of $1 billion. The two governments have also declared 2020 the year of Chinese-Russian scientific, technical, and innovation cooperation.

This burgeoning partnership is largely driven by the shared desire of both countries to reduce their technological dependence on the U.S., a report from the Australian Strategic Policy Institute, an independent think tank in Canberra, concluded last October.

“Over the past couple of years, U.S. policy has sought to limit Chinese and Russian engagements with the global technological ecosystem, including through sanctions and export controls,” the report said. “Under these geopolitical circumstances, the determination of Chinese and Russian leaders to develop indigenous replacements for foreign, particularly American technologies, from chips to operating systems, has provided further motivation for cooperation.”

The report warned that the growing technological collaboration between China and Russia “should provoke concerns for democracies for reasons of security, human rights, and overall competitiveness.” It noted that the two authoritarian powers had the potential to jointly develop new technologies with “clear military and commercial significance.”

Huawei has found itself at the center of a fast-emerging technological competition between the U.S. and China. The Trump administration has zeroed in on the Chinese company over concerns that its equipment could allow Beijing to spy on Americans.

In May 2019, the Department of Commerce placed Huawei on the Entity List, barring American companies from doing business with it. Last month, the department introduced new restrictions aimed at curbing Huawei’s access to computer chips developed or produced using U.S. technology.

Britain and Australia have banned Huawei from participating in their 5G networks, while Germany, Canada, and India are exploring placing restrictions on the Chinese company.

Russia, on the other hand, has sided with Huawei. During a June 2019 speech, President Vladimir Putin criticized the U.S. for trying “not just to squeeze out [Huawei], but to unceremoniously push it out of the global market.”

In recent years Russia has emerged as Huawei’s fastest growing market. Sales in Russia have increased by an average of 51 percent each year since 2014, and the company overtook Samsung to become the best-selling brand on the Russian smartphone market in the second half of 2019.

Last year, Huawei announced plans to triple the size of its research and development (R&D) staff in Russia to 1,500 people by 2025, and to build three new R&D centers in the country. The move is expected to make Russia home to Huawei’s third-largest R&D operation outside of China.

Huawei has also begun investing to develop advanced technologies such as 5G mobile networks and artificial intelligence in Russia. In June 2019, Huawei secured a contract to build a 5G network for Russia’s leading telecommunications firm MTS. It has pledged $7.8 million to train 10,000 specialists in the field by 2025.

Speaking at a forum outside of Moscow last week, Foreign Minister Sergei Lavrov declared that Russia intended to expand its cooperation on 5G with Huawei.

“We will not follow the example of the Americans, who demand that everyone not cooperate on 5G with China, in particular, with Huawei,” he said. “We have no such hang-ups. On the contrary, we are interested in working together with other countries to create modern technologies and introduce them into practical life.”

Last November, Huawei announced plans to establish an “AI ecosystem” in Russia within five years by partnering with over 20 leading universities, 100 independent software vendors, and 100,000 AI developers. Over the past eight months it has opened an AI research lab at the prestigious Moscow Institute of Physics and Technology and begun developing AI technology courses for Russian university students.