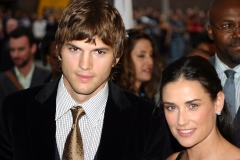 The problem of human trafficking (and sex-trafficking) apparently is ever-increasing. Thorn shares on its website that in 2004 the “National Center for Missing and Exploited Children” reviewed 450,000 files of sexual abuse, by 2019 that number escalated to 70 million files.

Thorn produces a software, Spotlight, that helps law enforcement agencies around the world locate children who are likely victims of sex-trafficking on the Internet, especially the Dark Web.  Spotlight is designed to accelerate victim identification, equip platforms, and empower the public. The software helps to reduce 60% of the critical search time daily.

"Used by officers in all 50 states and Canada, our web-based tool has helped in identifying 17,092 child victims of human trafficking in the past four years," according to Thorn.

“Spotlight takes this massive amount of data and turns it into an asset for law enforcement,” said Thorn. “The objective of Spotlight is to improve the effectiveness and efficiency of domestic sex trafficking investigations and increase the number of children who are identified and connected with help resources.”

Essentially, the software shifts through data to identify and locate those most at risk on the web. This helps to reallocate time that is spent investigating and recovering victims, and reduces the risk of following misleading information.

Over 10,000 investigators use Spotlight because of its effectiveness, according to Thorn.

Detectives Kyle Woods and Klye Hartsock, inside the Ghost Unit with the Bernalillo County Sheriff’s Office in Arizona, use Spotlight to aid their investigations of sex trafficking. They said, “Besides our old-fashioned cop work and interview skills, Spotlight is the only and most important tool we must aggregate online data. Without having the information readily available, we would have lost a significant amount of evidence, or it would have been such a greater task to get it from the websites.”

Ashton Kutcher, in 2017 testimony before Congress, said technology is “a tool without a will, The will is the user of the technology.” The goal of Thorn is to wield technology against online trafficking through producing software, like Spotlight, that help to expose human trafficking.

Proving the effectiveness of Spotlight, Kutcher told the story of a 15-year-old girl, “Amy,” who met a man online and when she met with him in person was abused, raped, and forced into trafficking.

“This isn’t an isolated incident, there is not much that is unusual about it,” said Kutcher.  “The only unusual thing is that Amy’ was found and returned to her family within three days using the software we created, a tool called Spotlight.”

Kutcher also testified that Spotlight “is a tool that can be used by law enforcement to prioritize their caseload, it’s a neural net, it gets smarter over time, it gets better, and it gets more efficient as people use it. And it’s working”.