(CNSNews.com) - Manufacturing jobs in the United States increased by 3,000 in the month of August and are now up 498,000 since President Donald Trump took office, according to the employment report released today by the Bureau of Labor Statistics. 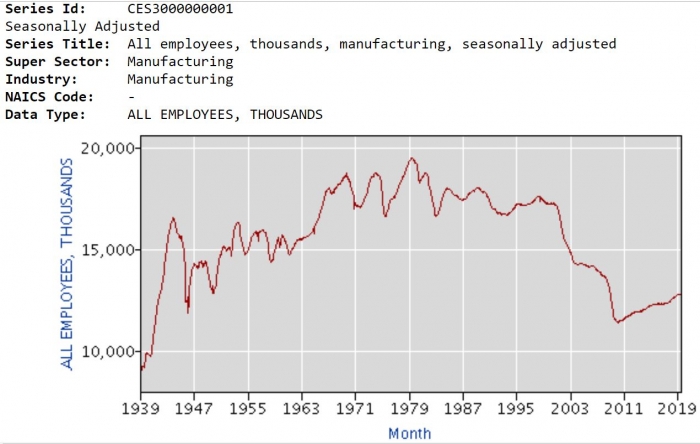