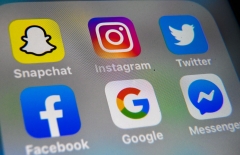 The Maine House of Representatives is considering House Bill 1609, “An Act to Stop Social Media Censorship.” This legislation would provide citizens of the Pine Tree State a private cause of action in court if they have been unduly censored or “de-platformed” on the various social media platforms that have become omnipresent in contemporary political speech.

In the blink of an eye, the emergence of social media has elevated the national conversation and political discourse to a breadth nearly unimaginable a decade ago. The emerging technologies and mediums promised democratization of free speech in a way never dreamed of.

However, this mass communication network is managed by a handful of powerful tech titans, who are protected from liability and operate like monopolies. The consolidation of this power to these titans has now effectively erased the empowerment of millions of Americans and their newfound voices. Where it has empowered voices and people across the political spectrum, it has also empowered the voices that seek to divide us, misinform us, and manipulate us.

According to Statista, the number of social network users worldwide reached 3.6 billion in 2020 and is projected to increase to 4.4 billion by 2025. According to Datareportal, the average time a person spends on social media per day is 2 hours and 24 minutes. At that rate, if someone were to sign up for social media accounts at 16-years-old, they would spend 5.7 years on social media platforms by the time they reach their 70th birthday.

Furthermore, 70 percent of the U.S. population (231.5 million Americans) currently have social network accounts. In other words, social media platforms such as Facebook and Twitter have become the primary sources of communication in the twenty-first century. Just like television replaced the radio as the main medium of information in the mid-twentieth century, social media reigns supreme today.

This phenomenon was further exacerbated by the coronavirus pandemic. A Harris Poll conducted in mid-2020 found 46 to 51 percent of U.S. adults were using social media at higher rates than they were pre-pandemic. In addition, U.S. social network ad spending is projected to rise 21 percent from the already staggering $40 billion spent in 2020 to $49 billion in 2021, according to eMarketer.

These data provide ample evidence that social networks have become much more than a host for expression, memes, and life updates among friends and family. In modern America, the social network has become a major sector of the U.S. economy, influencing corporate successes and failures.

Along with influencing streams of revenue through advertising, we have seen more clearly than ever that social media platforms have the ability to impact and even guide the social discourse. Combining this phenomenon with the highly divisive political and social climate that has plagued the nation in recent years, America has entered the dark era of social media censorship.

Additionally, according to the Pew Research Center, roughly three-quarters of U.S. adults believe it is at least somewhat likely that social media sites intentionally censor opinions and viewpoints.

Following the unparalleled censorship of the former president of the United States (and others) in January by Facebook and Twitter, many Americans worry they could be next. Big Tech’s arbitrary clampdown on those they deem guilty of spreading “misinformation” or “disinformation” has also raised the eyebrows of federal and state lawmakers.

The policy solution in Maine’s House Bill 1609 is simpatico with many other states that have proposed or are considering legislation that would allow citizens a private cause of action in court if they feel they have been de-platformed without due process. Several other states have introduced similar legislation, such as Florida’s Senate bill 7072 and Texas’ Senate Bill 1158.

The legislation manifests in different ways in their respective states, however, legislation such as House Bill 1609 would hold that if Big Tech censors an individual for political or religious speech, then the aforementioned individual would have the ability to file suit if he or she did not violate any terms of the user agreement.

Maine’s bill to stop social media censorship addresses censorship or silencing that is based on a user’s religious or political free speech as well as political or religious expression censored by algorithms used by Big Tech with keywords used as flags to de-platform individuals. Consequently, the bill lists that a social media website may not be found liable if the individual did not adhere to commonsense good Samaritan guidelines such as calling for immediate acts of violence, encouraging self-harm, posting obscenities and obscene content, and posts pornographic in nature, as well as other provisions.

Most interestingly, in a civil action brought under House Bill 1609, a social media website user could be awarded $75,000 if they have been found to be truly censored for their political or religious speech. This figure is paramount when it comes to subject matter jurisdiction. Residents of Maine as well as residents of most states considering this legislation do not live in the state in which these tech giants are headquartered. This would mean any civil action under this type of legislation is a diversity of citizenship case. Federal district courts have subject matter jurisdiction if the plaintiff asks for at least $75,000 in damages.

The legislation also states that if a social media website restores from deletion or removes the censoring of social media website users’ religious speech or political speech in a reasonable amount of time, a court may consider reducing damages. This clause encapsulates the statement that legislation such as this is truly intended to fix corruption in the market when it comes to free speech and political expression on the various social media platforms. These entities are insulated from liability because they claim to be mere platforms, not editors. However, by censoring and removing certain opinions or viewpoints they, in fact, operate in an editorial capacity. This circumstance should, de facto, remove their shield from liability and make them susceptible to suits such as those permitted under House Bill 1609.

Furthermore, there is a subsection in Section 230 of the 1996 Communications Decency Act, more specifically section (e), subsection (3), that allows for state legislatures to enforce respective state laws so long as they are consistent with Section 230. As is the case with House Bill 1609, opponents of this legislation would claim that state-based legislation is unconstitutional, which is simply untrue. State-based exemptions exist for legislation such as HB 1609.

House Bill 1609 should also spur a state-based and national debate on the role of Big Tech in our civic conversations. Allowing a private cause of action in courts is perhaps the tool policymakers need to give Maine citizens so the message is clear: robust public debate is sacrosanct and any action or failure to act to ensure a robust debate will be met with hard questions, and if necessary, enabling policies.

House Bill 1609 was considered in the Judiciary Public Hearing on Wednesday. Members of the committee and legislators of the Pine Tree State should consider solutions that would protect all Americans from undue censorship by a cabal of Big Tech ideologues who wield near-total power over the dissemination of information in today’s social media-dominated environment. More speech, not less speech, is always better in a free society.

Editor's Note: This piece originally appeared on The Heartland Institute.