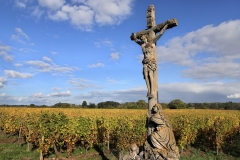 Some among the cancel culture crowd have accused Christian families of having been the perfectors of cancel culture. But is that an accurate characterization?

Cancel culture has come to entail retailers, providers, employers, media and others refusing to carry products, not permit services, fire employees and/or censor content, among other things. In fact, cancel culture has even come after some of the very things that Christian families have sought to protect their children from.

“Train up a child in the way he should go, And when he is old he will not depart from it,” it says in Proverbs 22:6 (NKJV). And that has been precisely what many American Christian families have done: trained their children in traditional Christian values.

But what has that meant for modern Christian families? For some, like myself, it has meant abstaining from – or freely choosing not to partake in – certain things that culture has held up as a general good. For example, some have been raised to not read certain books, watch certain films, drink alcohol in excess, gamble, among other things – choices certainly frowned upon by many who have partaken in those particular activities.

A notable example shared by some – and abhorred by many – has been the abstention from choosing to read the popular book or watch the popular movie series Harry Potter by J.K. Rowling. Yet even Rowling has faced the ire of the cancel culture crowd for having committed the sin of backing someone who acknowledged that objective truth exists, at least with regard to biological sex.

But in truth, there is a significant difference between those in the cancel culture crowd and institutions like the Christian family determining not to partake in certain things.

In hypothetical one in the previous paragraph, where the individual gets to determine what apple he or she wishes to buy, the consumer has more options and can choose not to purchase apples for any number of reasons, but ultimately has the freedom to choose. In hypothetical two, where the store cancels a type of apple or all apples, the consumer’s choices are instead limited by the provider. The individual no longer has the freedom to choose and is instead compelled to conform to buying from the limited options available, or go without entirely.

So the choice is clear, America: you can take a stand and continue the fight of our Founding Fathers, or you can take the easy route and bow to the cancel culture crowd. One is the opportunity to live in a nation where you have the ability to choose and live in freedom. The other is a downward spiral toward ultimate tyranny.