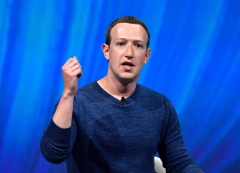 In my column last week, I said that Senator Josh Hawley’s book The Tyranny of Big Tech raises important issues, and I’d like this week to go into one of these. He notes that Facebook, Amazon, Twitter, YouTube, and Google Search have immense influence on the news and political opinions people see.

As he points out, the

tech platforms are destroying Americans’ control over their lives … by manipulating what news Americans can see and influencing the political decisions they make. By 2019, Facebook was boasting it could change election outcomes…. In the days leading up to the 2020 presidential vote, Facebook and Twitter seemed determined to try. Both platforms censored the distribution of a New York Post report detailing illicit foreign profits by Joe Biden’s son, Hunter, and alleging Joe Biden’s potential involvement. The platforms suppressed the story until after the election was over. (p. 7)

Here is an example of censorship I experienced myself. Sometime ago, I tried to send a link using Facebook to an article by Gordon Tullock, “Hobson’s Imperialism” (Modern Age, 1963). Although I tried to send the link in a private message, the message did not go through. The problem was that my link was to an index run by Ron Unz, who holds controversial views that make him a “nonperson” to Facebook. His index is just that, an index, and doesn’t contain political views. But the very mention of his name in a link is sufficient to block a message.

The media giants operate on a premise that, if true, would make their acts of suppression reasonable. The premise is that certain opinions, if widely held, can cause great damage and that people cannot be trusted to judge these opinions for themselves. A wise elite must protect us from these opinions.

To return to an example mentioned last week, suppose that you would like to study whether wearing masks helps prevent the spread of COVID-19. Tom Woods had an excellent YouTube video arguing that it doesn’t. YouTube took it down, and now people are no longer able to listen to his case and make up their own minds about it.

The censors reason in this way. If people see the video, they may be convinced by it and, as a result, stop wearing masks. But Woods, they think, is wrong: wearing masks is beneficial. His talk may thus have bad consequences and should be suppressed.

What is wrong with this reasoning? Obviously, if Woods is right, then if people listen to him, this will have good consequences. People will be reluctant to wear masks and this will help free us from a petty tyranny that blights our lives. But suppose, contrary to fact, that Woods were wrong. That is, suppose that wearing masks did help save lives. Then wouldn’t YouTube have done the right thing in taking down his video?

I do not think so. Shouldn’t people be free to evaluate for themselves conflicting opinions on controversial issues? That, at any rate, is the assumption on which a free society is based. In response, it might be urged that people lack the ability to do so, either because they are stupid or because they do not have the expert knowledge needed to make accurate judgments. The implicit premise of the censors is that because ordinary people do not have the ability to evaluate arguments for themselves, they must be guided by their betters to do so.

On what basis do the censors claim that ordinary people are too stupid to be able to see their way through controversial issues without expert guidance? Often, the support for the premise is that people by themselves arrive at conclusions the experts think are wrong. People who saw the video might because of their stupidity throw their masks away. And what shows they are stupid? The very fact that they find convincing the arguments against masks. This blatantly begs the question.

But aren’t the censors right that some issues cannot be judged properly without expert knowledge? That is true, but this just pushes matters back one step. Why can’t people be trusted to figure out for themselves who count as real experts? Further, it is vitally important to bear in mind that the judgments of the alleged experts on political issues to whom the media giants appeal at least in part reflect their own values, which often differ greatly from those of the public. Most people, it is safe to think, wish to retain their liberty and resent intrusions on it. Those who wore masks did so because they thought this a regrettable necessity. Dr. Anthony Fauci appears to think freedom of little value, though he does not himself observe the restrictions he endeavors to foist on others.

Unfortunately, wearing masks is but one of many instances of suppression by the media giants. If you attempt to post on Facebook videos critical of the view that “climate change” requires drastic action to deindustrialize the American economy, you will not be permitted to do so. If you search for “climate change,” you will be directed to the “Climate Science Information Center.” Here you will learn, among other things, that “the cause of climate change is widely agreed upon in the scientific community.” You will not be surprised to learn that global warming is “human-caused.” Disagreement among qualified scientists about this alleged fact is a myth. One might view this assertion with more confidence were it not the case that those experts who do dissent are censored and attacked. First you suppress the experts who reject your views; next you support your views by pointing out that those whom you haven’t suppressed agree with you. This is not altogether convincing.

The critics of the advertising algorithms, whom I talked about in my article last week, usually have very different political views from the supporters of masks and “climate change” activism mentioned in the present article. But both groups fall into a common pattern: they assume that people cannot judge for themselves. Thus, from one side, the purveyors of the algorithms must be stopped; from the other, people must not be exposed to the “wrong” opinions.

Though it is a digression, I’ll mention one topic that came up in the comments on my article of last week. Some people adduced as a point in support of their critical view of the algorithms that if you spend a great deal of time on Facebook or on your phone, changes in your brain will result. The insinuation was that if this is so, you are being manipulated and that such attacks on your brain need to be curtailed. Though the matter merits much more discussion than I’m giving it here, the point about brain changes is trivial and doesn’t lend support to demands for suppression. Whenever you think or feel, something is changing in your brain. To call attention to this is insufficient to show that something sinister is going on.

To return to our main topic. We ought to reject the claim that ordinary people need to be protected in forming their opinions, from whatever source this claim comes.

David Gordon serves as a Ludwig von Mises Institute senior fellow. He received his PhD in intellectual history from the University of California, Los Angeles, and has authored books such as "The Philosophical Origins of Austrian Economics" and "Resurrecting Marx: The Analytical Marxists on Exploitation, Freedom, and Justice."