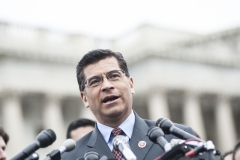 We can tell a lot about a president just by knowing something about his Cabinet picks. This takes on special significance for Catholics when we have a Catholic president.

To begin with, we would expect a Catholic president to be faithful to the teachings of the Catholic Church, especially on life and death matters. We would also expect that any Catholics who are chosen to be in his Cabinet would also be loyal sons and daughters of the Church.

Biden fails these tests. He is the most ardent defender of abortion rights ever to become president of the United States. That obviously means that his policies are in direct contradiction to the teachings of the Catholic Church. For the most part, his Catholic Cabinet picks also reflect badly on him. He has eight Catholics in his Cabinet.

Lloyd Austin is Secretary of Defense. He has no public record on the subject of abortion. Denis McDonough is Secretary of Veterans Affairs. He has an uneven record on abortion, and while he is not a rabid defender of it, he has tilted toward the pro-abortion stance. The other six are all off-the-charts supporters of abortion rights.

The Secretary of Health and Human Services, Xavier Becerra, is one of the most extreme defenders of abortion-on-demand. He is loved by NARAL, the abortion giant, and has previously earned a zero rating from National Right to Life. He has no qualms about supporting partial-birth abortion, and his passion for abortion is so strong that it inspired him to attempt to close down crisis pregnancy centers in California when he was the state's Attorney General. He is most known for seeking to punish the Little Sisters of the Poor by relentlessly seeking to force them to pay for abortion-inducing services in their healthcare plans.

Jennifer Granholm is Secretary of Energy. When she was governor of Michigan, she twice vetoed a partial-birth abortion ban and worked with other pro-abortion politicians to loosen abortion restrictions.

Biden chose Samantha Power to head the U.S. Agency for International Development (USAID). When she was nominated, CHANGE, an international abortion lobby group, congratulated her for her pro-abortion work. Power has not been shy about her dedication to abortion rights.

Gina Raimondo is Secretary of Commerce. When she was governor of Rhode Island, she championed a law that would allow partial-birth abortions. She also signed a bill that codified abortion protections.

Tom Vilsack is Secretary of Agriculture. When he was governor of Iowa, he vetoed legislation that would have required abortion facilities to provide women with factual information about abortion risks and alternatives to aborting their child. He opposed consent laws that offered women contemplating an abortion with pictures of fetal development.

The Secretary of Labor is Marty Walsh. When he was mayor of Boston, he supported abortion-on-demand and taxpayer-funded abortions. NARAL commended him when he sought to crush crisis pregnancy centers.

These are the Catholics who serve in Biden's Cabinet. Most of them work to reinforce each other's animus against the Church's pro-life heritage. Indeed, given the responsibilities that some of them have, they are currently working to ensure that their deadly ideas are infused in their policy decisions.

It looks like Biden decided to double down in his support for abortion by choosing Catholics who would support him in this endeavor. He may fool some by walking around with a rosary in his pocket, but more savvy Americans — not just Catholics — are able to distinguish between posturing and fidelity to one's religious tenets. That's a test he cannot pass.