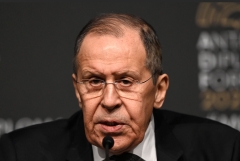 After Russia's Foreign Minister Sergei Lavrov suggested that Adolf Hitler "had Jewish blood" and that Jews sometimes are the "most ardent anti-Semites," Israeli officials denounced his remarks and demanded an apology, numerous media outlets reported on Monday.

Lavrov, the minister of foreign affairs of the Russian Federation, made his comment on Italian television on Sunday when he was asked how Russia would "denazify" Ukraine given that its president is Jewish.

"I could be wrong, but Hitler also had Jewish blood," said Lavrov, as reported by the BBC.

He added that Ukrainian President Volodomyr Zelensky being Jewish "means absolutely nothing. Wise Jewish people say that the most ardent anti-Semites are usually Jews."

In reaction, Israeli Prime Minister Naftali Bennett said, "Such lies are meant to blame the Jews themselves for the most terrible crimes in history, and thus free the oppressors of the Jews from their responsibility.

Foreign Minister Lavrov’s remarks are both an unforgivable and outrageous statement as well as a terrible historical error. Jews did not murder themselves in the Holocaust. The lowest level of racism against Jews is to accuse Jews themselves of antisemitism.

In a tweet, Israeli Foreign Minister Yair Lapid said, "Foreign Minister Lavrov’s remarks are both an unforgivable and outrageous statement as well as a terrible historical error. Jews did not murder themselves in the Holocaust. The lowest level of racism against Jews is to accuse Jews themselves of antisemitism."

The BBC reported that the Israeli foreign ministry is demanding an apology from Lavrov.

Also, Dani Dayan, the head of Israel's Yad Vashem Holocaust Memorial, said on Twitter, "Most of his remarks are absurd, delusional, dangerous and deserving of any condemnation. Lavrov deals with the reversal of the Holocaust: turning the victims into criminals, based on the promotion of a completely unfounded claim that Hitler was of Jewish descent."

No definitive evidence has surfaced that Hitler had Jewish blood. The idea is based on speculation because Hitler's grandmother, Maria Anna Schicklgruber, became pregnant while working in a home supposedly owned by a Jewish man, Leopold Frankenberger, in Graz, Austria. Miss Schicklgruber, unmarried at the time, gave birth to a boy, Alois, who was Hitler's father. 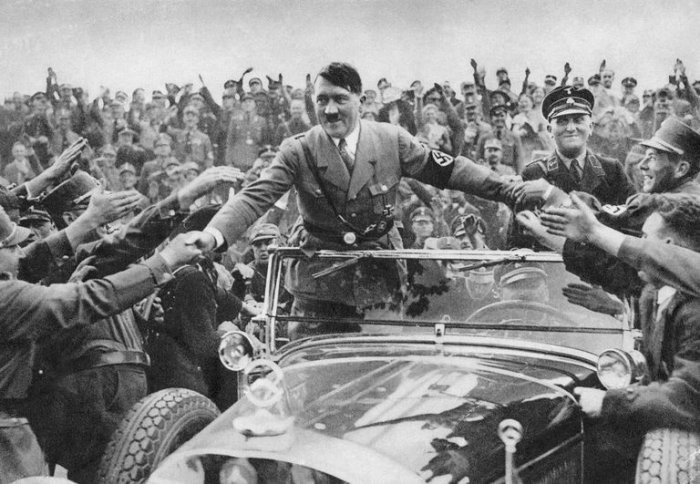 "Historians note that she refused to reveal the identity of the father and so 'illegitimate' was entered into the baptismal register," reported the Daily Mail.  "She went on to marry Johann Georg Hiedler, who later went on to be officially accepted as Alois' father by the Third Reich."

"Hitler's ancestry came into question when opponents spread rumors that his grandfather was Jewish -- since for the Nazis a 'pure' bloodline was all-important," according to the Daily Mail.