Two years in the making, the bill seeks to eliminate the ordinances helping police crack down on loitering by suspected drug dealers and prostitutes – ordinances that a lead sponsor of the repeal bill calls “manifestly unjust,” The Seattle Times reports:

Two years after a workgroup convened by the city recommended that Seattle drop its drug traffic and prostitution loitering laws, the Seattle City Council on Monday unanimously voted to strike the ordinances from the books.

“These laws were never appropriate, they were wrong when they were enacted and they are wrong now,” said Councilmember Andrew Lewis, the lead sponsor of the bills to repeal the ordinances. He called both ordinances “manifestly unjust.” 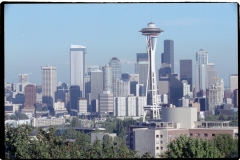 According to an announcement on the Council’s website, the ordinance prohibiting prostitution loitering primarily affects “people of color, women and our LGBT community”:

“The prostitution loitering ordinance has a discriminatory legacy that impacted primarily people of color, women and our LGBTQ community. I’ve received hundreds of emails from constituents almost uniformly in favor of repealing these ordinances. This issue has resonated with many, because they have felt and seen the harmful impact this ordinance has had on our community. Today we’re taking a step in the right direction, making sure our laws reflect our values and don’t create additional burdens on our black and brown community members,” said Councilmember Andrew J. Lewis, a cosponsor of the legislation (District 7, Pioneer Square to Magnolia).

Councilmember Tammy Morales said that repealing the ordinances will ensure “drug offenders and sex workers will be treated humanely and not criminalized”:

“This is an outdated, and frankly racist policy in our City’s municipal code. By repealing this part of the code we are assured that drug offenders and sex workers will be treated humanely and not criminalized.”

Mayor Durkan will, reportedly, review the repeal bills before committing to signing them.