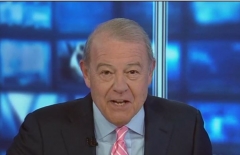 December job growth turned out to be less than half of what analysts had predicted, and January should produce “an even worse jobs picture,” Fox Business’ Stuart Varney explained Friday after the release of the Bureau of Labor Statistics’ (BLS) latest report.

As CNSNews.com reported, according to the jobs numbers released Friday by BLS, 199,000 jobs were added to nonfarm payrolls in December, well below analysts' estimates of around 422,000.

Appearing on Fox and Friends, the Varney & Company host noted that December’s numbers actually underestimate the weakness of the nation’s job growth, because the harmful effect of the Omicron virus in the second half of the month is not factored in:

“And, remember this, please: the numbers were accumulated in mid-December. And, if you think about it, that was before the Omicron roared and surged through the economy.

“So, this does not reflect the weakness in the community after the Omicron surge. It reflects weakness before the surge.

“In other words, by the time we get the next set of numbers, we will probably see an even worse jobs picture. Because Omicron will be a factor in the jobs report. The thing to remember about the job market at the moment is it's extremely tight.”

What’s more, although the tight labor market may seem to make it a great time to be a worker, because jobs are plentiful and wages are rising, inflation is wiping out the wage increases, Varney said:

“And this really hits hard at first-time home buyers. The proportion of first-time home buyers, the overall market, is really way down there. Only about a quarter of the buyers of homes today are first-time buyers. That's very unusual. Simply put, they have been priced out of the market. The median price of a sold home at the end of last year was $404,000. That's about twenty percent higher than it was at the beginning of last year. That prices first-time buyers out of the market.

“And with mortgage rates rising to 3.25%, roughly speaking, that raises your monthly costs, that puts more and more people out of the market. Rising interest rates are the big problem today in America. And that's because of rising inflation, which is perhaps the biggest problem facing all of us.”

“Whether it's eggs or cheese or beef or pay the rent or electricity bill – it's all going up. We feel it, we see it. And it's not going to do the president much good,” Varney concluded.