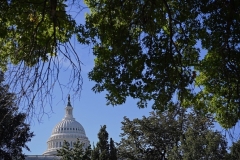 House Democrats view the bipartisan bill as a companion to the much larger, $3.5 trillion "human" infrastructure bill, which Democrats insist on passing first.

Rep. Troy Nehls (R-Texas) noted that the combined cost of both bills is $4.7 trillion.

"It's difficult to visualize a number so mind-bogglingly wasteful," he said -- as he described how tall a stack of 4.7 trillion one-dollar bills would be:

"Mr. Speaker, there is nothing bipartisan about this bill," Nehls said on the House floor:

Speaker Pelosi made it clear whatever far-left socialist priorities didn't make it into this bill would be taken care of in reconciliation.

It's difficult to visualize a number so mind-bogglingly wasteful.

If we started stacking 4.7 trillion dollar bills, one on top of each other, that stack would be 318,971 miles tall. That's enough to go to the moon and a third of the way back. This is beyond wasteful -- it's disgusting, irresponsible, and unnecessary.

The bill will put our national debt over $30 trillion. And when is enough, enough?  This is saddling our children and grandchildren with debt that literally goes to the moon. I yield back.