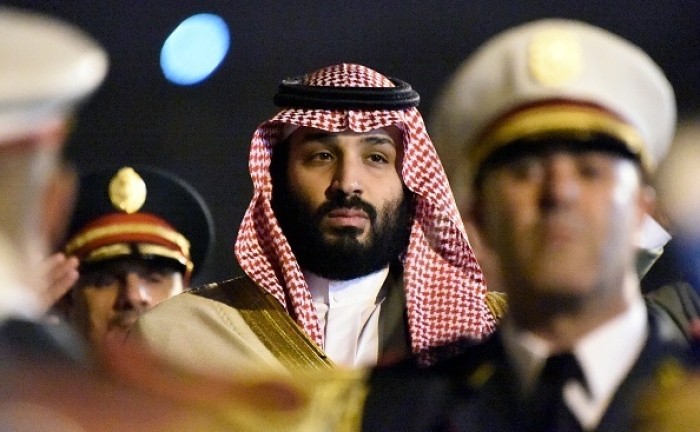 (CNSNews.com) – The Biden administration is downplaying President Biden’s scheduled interaction in Saudi Arabia with Crown Prince Mohammed bin Salman – in stark contrast to the kingdom, which is characterizing the meeting as a high point of the president’s two-day visit next month.

The difference was evident Tuesday in a statement and comments by administration officials on one hand, and a statement from the royal court in Riyadh on the other.

The official White House announcement on the July 13-16 travel to Saudi Arabia, Israel and the Palestinian Authority areas did not mention the heir to the Saudi throne, and referred in the context of the Jeddah leg of the trip only to King Salman and to other regional leaders (“the GCC+3”) invited for a summit.

When asked by a reporter about this omission, White House press secretary Karine Jean-Pierre again played down the significance of any meeting between Biden and Mohammed bin Salman.

“The president is going to see over a dozen leaders on this trip, including King Salman and the leadership from our Saudi hosts for the GCC+3 summit,” she said, then added that “we can expect the president to see the crown prince as well.”

Similarly, when a senior administration official briefed reporters on background on the trip, the Mohammed bin Salman meeting was again minimized.

Using virtually the same language as Jean-Pierre, the official said in response to a question about the crown prince, “I would just say he’ll see over a dozen leaders on this trip, and so that includes King Salman and the leadership from our Saudi hosts for the GCC+3 summit. So, yes, we can expect the president to see the crown prince.”

In contrast to “we can expect the president to see the crown prince,” the statement from the royal court placed the Biden-Mohammed bin Salman engagement in a central position on the itinerary, while framing the meeting with the 86-year-old king as essentially a courtesy visit.

After “a meeting between King Salman and President Biden,” it said, Biden will “hold official talks” with the crown prince, focusing on “various areas of bilateral cooperation and joint efforts to address regional and global challenges.”

The royal court statement went on to say Biden and Mohammed bin Salman “will explore cooperation on emerging technologies, economic investment, space, renewable energy, cybersecurity, climate and environmental initiatives, food and energy security, and expanding trade and commercial ties to enable both countries to confront mutual challenges and seize the opportunities of the 21st century.”

Biden’s trip to Jeddah and his scheduled meeting with the crown prince – who is already the kingdom’s de facto leader – comes at a time when he is under pressure to take action to bring down surging gasoline prices at home. Saudi Arabia is the world’s second largest oil producer.

But Mohammed bin Salman remains a deeply controversial character due to his alleged involvement in the killing of U.S.-based Saudi writer and regime critic Jamal Khashoggi, at the kingdom’s consulate in Istanbul in 2018. A U.S. intelligence assessment released early last year concluded that the crown prince approved the operation that resulted in the murder.

Biden’s planned meeting with him comes less than three years after he declared on the campaign trail that he believed the crown prince ordered the killing, that he would sell the Saudis no more weapons but “make them in fact the pariah that they are,” and that there was “very little social redeeming value” to the kingdom’s government.

He also accused the Saudi government of “murdering children” and “murdering innocent people” – presumably in the context of the costly war in Yemen – and said that “they have to be held accountable.”

Administration officials have not answered directly when asked if Biden will raise the Khashoggi murder with the crown prince, instead replying to the effect that “human rights is always part of the conversation” in foreign engagements.

They have also reiterated that when it took office the administration sought to “recalibrate” but not “rupture” relations with a country that has been a strategic partner for almost 80 years.

“In this meeting, will the president confront the crown prince on the Khashoggi murder?” Judy Woodruff of PBS NewsHour asked Secretary of State Antony Blinken on Tuesday. “And if not, why not?”

“Well, I’m not going to get ahead of what’s going to happen in Saudi Arabia, but I can say this – and again, the president’s been very clear – human rights will remain at the heart of our agenda, along with the other interests and values that we’re trying to advance,” Blinken said.

“In my own conversations with Saudi counterparts and Saudi officials, I regularly raise human rights, including individual cases and more systemic challenges that continue to be posed in Saudi Arabia,” Blinken added. “I would expect the president to do the same.”

With Mohammed bin Salman – who is also defense minister – at the helm the Saudis in 2015 launched a military campaign against the Iranian-backed Houthi militia, in support of Yemen’s internationally-recognized government. The conflict over time resulted in what the U.N. called the world’s worst humanitarian crisis.

A U.N.-mediated truce has been in place since April.

Yemen will be on the agenda when Biden visits Saudi Arabia, according to the White House announcement, which noted that the truce “has led to the most peaceful period there since war began seven years ago.”

The senior administration official briefing on background cited the truce in Yemen as “a clear example of where our engagement with the Saudis delivered results,” and added that the crown prince had “played a critical role in securing the extension of the truce” last week, for a further two months.