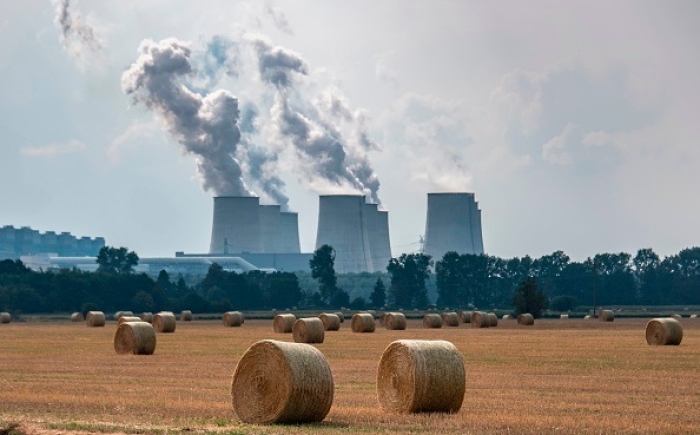 Berlin (CNSNews.com) – Amid reduced Russian gas flows, a German energy supplier has signed the country’s first binding contract for U.S. gas. The move comes days after the government proposed the re-opening of coal-fired energy plants to stabilize supply ahead of winter.

“This is the first direct, binding purchase agreement for long-term U.S. LNG signed by a German company and an important step that illustrates the German strategy to diversify the energy mix,” Venture Global LNG boss Mike Sabel said on Tuesday.

The deal, between German supplier EnBW and Virginia-based Venture Global LNG, is for 1.5 million tons of liquefied natural gas over a 20-year term, beginning in 2026.

Germany is still dependent on Russia for 35 percent of its supply, and is looking to LNG as a solution to wean itself off Russian gas entirely in light of the war in Ukraine. It does not yet have a LNG terminal, however, and Chancellor Olaf Scholz has said it would take at least several months to construct one.

The need for alternative supplies was underlined by last week’s announcement by Russia's Gazprom that it will sharply reduce gas supplies through the Nord Stream 1 pipeline for “technical reasons.”

In response, and with an eye on the coming winter, German Economy Minister Robert Habeck presented a draft bill at the weekend to enable the re-activation of coal plants to maintain security of supply – despite an earlier pledge by his government to cut it off completely by 2030.

Habeck, himself a Greens politician, described the measure as “bitter,” but “necessary.”

A spokesman for his ministry, Stephan Gabriel Haufe, stressed that the measure would be temporary, and said its would not affect the government’s 2030 target.

Germany’s last “hard coal” mine closed in 2018, and the first coal power plants began going offline in 2020, according to Environment Ministry information, though it does not specify how many remain operating.

Germany’s previous government pledged in 2020 to quit coal by 2038, but the new government, which took over in December on a climate and renewable energy focused platform, brought the date forward to 2030.

It is unclear yet how quickly the plants might be restarted. Kerstin Andreae, head of the German Association of Energy and Water Industries, told German public broadcaster ARD on Monday that reserve power plants burning German lignite (brown coal) can be brought online in “a relatively short time span.”

Germany is not alone in looking to coal as a short-term response to diminishing Russian gas supplies. The Netherlands, Austria, and Italy in recent days have all indicated they will reopen previously shuttered coal power plants.

“If we had started running more coal plants, fewer gas plants back in March, maybe the storage facilities would be 10 percent fuller by now,” Spahn said.

Environmentalists expressed concern over rising greenhouse gas emissions as a result of the move, while industry groups responded more warmly, although some also stressed the importance of fast-tracking renewable energy sources.

Despite the urgent need for alternative energy supplies, the government remains committed to phasing out nuclear energy.

“Anyone who is seriously concerned with the fossil energy crisis knows that three nuclear power plant locations cannot make a meaningful contribution to the gas crisis, either technically or in terms of volume,” Greens spokesperson Dieter Janecek wrote on Twitter.

But Jacob Kirkegaard, a senior fellow at the German Marshall Fund, said the nuclear phase-out was a mistake, leaving Germany with no alternative but to increase its reliance on coal – which in addition to the environmental impact will damage the government politically.

“No other country is at once heavily dependent on Russian gas and hence subject to political blackmail by [Russian President Vladimir] Putin, and simultaneously hellbent on phasing out its nuclear power production,” he said.

“In the short-term, this will potentially significantly increase Germany’s carbon emissions in the next year or two,” Kirkegaard said. “Germany’s voice abroad when asking for ‘economic reforms’ or a ‘focus on climate’ will be discredited.”

At the same time, however, he argued that reintroducing coal could inadvertently accelerate Germany’s transition to cleaner energy.

“The only saving grace from this policy of reintroducing coal is that it is so clearly environmentally unsustainable and politically damaging to Germany that it will act as a potent political accelerator for Germany’s ultimate energiewende [program of transition to clean energy],” he said.

“As such, it seems likely that Germany will now complete this historic transformation faster than was envisioned before the Russian invasion of Ukraine.”