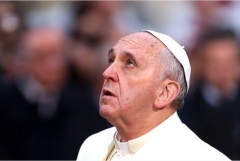 “In this Decade on #Ecosystem Restoration, we must restore the various levels of ecological equilibrium: with others, with nature and other living creatures, and the spiritual equilibrium with God,” said Pope Francis.

“We need an integral human ecology that can transform our way of living, our relationship with the earth’s resources, and that involves not only environmental questions, but the entire human person responding to the cry of the poor,” he said in a second tweet.

The United Nations put out a statement describing the World Environment Day that was marked in Islamabad, Pakistan on Saturday. It also discussed the UN Decade on Ecosystem Restoration:

“Individuals, communities, civil society, businesses and governments around the world today marked World Environment Day – with official celebrations held in Islamabad – by making commitments and calling for action to restore millions of hectares of ecosystems all around the world for the benefit of people and nature,” said the statement.