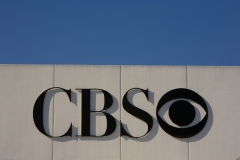 If anyone had any doubt that our "objective" television news operations are deeply partisan and nearly unanimous Biden-voter caucuses, observe the revulsion and disgust spilling out into public view when one of them hires a Republican to offer the Other Party's Viewpoint on their airwaves.

Barr "obtained" a recording of a staff meeting led by CBS News co-President Neeraj Khemlani. Surely, the staffer recording this meeting was outraged that Khemlani said, "getting access to both sides of the aisle is a priority because we know the Republicans are going to take over, most likely, in the midterms."

Anonymous CBS News Democrats were alarmed "the network was jeopardizing its long history of journalistic excellence." And you thought Dan Rather already did that.

"I know everyone I talked to today was embarrassed about the hiring," said a CBS News employee who "spoke on the condition of anonymity because they were not authorized to comment." This is the most ridiculous use of anonymous sourcing — to protect liberals while they publicly campaign against their bosses.

Some protesting CBS employees were not anonymous. Stephen Colbert — who makes $16 million a year for his late-night Democratic talk show that pretends to be "comedy" — raucously compared Mulvaney to the Nazi goon whose face melted at the end of "Raiders of the Lost Ark."

Colbert and others noted that Mulvaney might not be the best pundit since he insisted Donald Trump would "concede gracefully" if he lost in 2020 and "participate in a peaceful transition of power." That turned out to be dreadfully wrong, but many of us believed that would be true. Trump is just as embarrassing for refusing to concede as...well, Dan Rather.

Barr noted that CBS staffers were less upset when the network hired former Trump adviser H.R. McMaster — naturally, since McMaster turned on Trump, which is always seen as the first sign of sanity at CBS.

Then came Post media columnist Margaret Sullivan, who hates these feints at fairness and balance. Her grumbling came under a headline about how the search for "access" takes the media to "dangerous places when one side of the aisle is turning against democracy."

Sullivan touted radical journalism professor Jay Rosen, who proclaims, "We have a two-party system and one of the two is anti-democratic." Rosen also painted George W. Bush as a press-"decertifying" tyrant.

Sullivan hates the liberals "fearfully reacting to bad-faith criticism from the right," as if conservatives couldn't possibly make a good-faith argument about media bias. She insisted the problem with CBS is, "they want to look fair, even if that performative fairness does American citizens real harm." So, allowing Mulvaney to speak on CBS somehow causes "real harm."

It's ridiculous that these scolds who throw thunderbolts under the motto that "Democracy Dies in Darkness" can so shamelessly proclaim that the Republican Party is too dangerous to be granted a platform on television news networks. Jeff Bezos and the Post should march under the banner "Democracy Requires Democratic Domination of All Branches of Government."

This cacophonous caucus of commissars don't sound like small "d" democrats, or like liberals, as the dictionary defines it, as "willing to respect or accept behavior or opinions different from one's own." They are the illiberal media, who publicly advocate for the suppression of conservative and Republican advocacy in the public square. So, we resolve to speak out louder and call out their censorious arrogance.