Trump Is Right: It’s Time to Shake Up the WHO 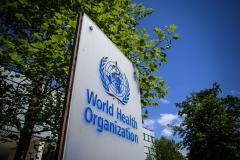 Shortly before the horrible death of George Floyd and the angry riots that followed, President Trump took decisive action regarding the World Health Organization.

We applaud the president for eliminating the more than $400 million the United States was spending and hope it proves to be the wake-up call WHO needs. From our perspective, it is long overdue.

For the past two decades, Family Watch International, the organization I lead, has had consultative status with the United Nations. Our unique position on the international stage has enabled us to see firsthand how the UN and its health arm function. It’s not been pretty.

The World Health Organization is not all bad. It successfully led the effort to eliminate smallpox, which was eradicated in 1980, and is now close to eradicating polio—with just 175 diagnosed wild polio virus cases worldwide in 2019. But as Dr. Anthony Fauci recently said, “Obviously, over the years, anyone who says that the WHO has not had problems has not been watching the WHO.”

One such instance was in 2014 when WHO mismanaged the world’s response to the Ebola crisis. Then-UN Secretary-General Ban Ki-moon had WHO’s parent organization—the United Nations—take over responsibility for the effort. President Obama was also so concerned that he appointed the first-ever Ebola czar for the U.S. to oversee the nation’s contributions and response.

Sadly, it is not the first time we have seen the World Health Organization make bad decisions, especially when it comes to families and children. From our 20-year perch at the UN, Family Watch has witnessed WHO be negatively influenced by groups bent on sexualizing kids and promoting prostitution and abortion.

Ipas, an abortion group that works hand in hand with WHO, is one such influencer. Ipas was formed in North Carolina in 1973 and was known at the time as International Pregnancy Advisory Services. The genesis for Ipas began in 1971, when the U.S. Agency for International Development offered funding for the development of a manual abortion device.

Ipas answered that call and has since developed several abortion devices sold today under its name and promoted by WHO. It is unclear how much money Ipas makes from its WHO-approved abortion products, but over a four-year time period from 2013 to 2017, the little-known organization took in over $300 million.

Ipas today, along with other pro-abortion groups, is an advocate for allowing women to use the abortion drug mifepristone without any medical supervision—a position now supported by WHO. This practice is banned by the FDA in the United States due to the fact that even with medical supervision it has killed 24 women in the U.S. and can lead to life-threatening sepsis infections. In fact, in 2011, the Obama-era FDA put the drug under strict restrictions, only allowing certified hospitals and doctors' offices—and not pharmacies—to dispense the pills.

Another group that holds major sway with WHO is Marie Stopes International (MSI). The organization raked in over $62 million in the United States in 2017, and its international headquarters in London reported an intake of nearly $300 million in 2018. Until President Trump was elected, MSI was receiving as much as $30 million annually from the U.S. Agency for International Development.

Marie Stopes International’s website includes a page proclaiming "#SmashAbortionStigma." Abortion is one of its main services, so it was no surprise when MSI recently called for the World Health Organization to make a stronger pronouncement in favor of abortion during the COVID crisis. This is the same Marie Stopes organization that has been banned in several African nations for violating their abortion laws.

Then there is the International Planned Parenthood Foundation (IPPF), which is one of six organizations WHO lists on its partners page. IPPF is probably the loudest advocate for abortion and the largest promoter of comprehensive sexuality education to children, even though new research shows such “education” does not increase condom use or reduce pregnancies and may actually increase our children’s risky behaviors.

This is the same World Health Organization that is a supporter of international efforts to legalize sex work—a slippery non-judgmental term specifically intended to build public acceptance for decriminalizing prostitution. WHO rationalizes that decriminalization will lead to a reduction in HIV/AIDS rates, but, as reported by The Washington Examiner, real-world experience reveals that legalizing prostitution in Europe has had a terrible impact by creating "a large and illegal secondary market [of] minors and foreigners who are trafficked and controlled by organized crime. The reality is that where prostitution is legal, women face higher rates of abuse, violence, and trafficking.

To be clear, the World Health Organization has done much good in the world, but its mistakes with Ebola, COVID-19, and its advocacy for unbridled abortion, prostitution, and sexualizing children are clear indicators that WHO needs a major house cleaning. We encourage President Trump and his colleagues in Congress to continue to insist on substantive changes to the World Health Organization. Millions of lives depend on it.