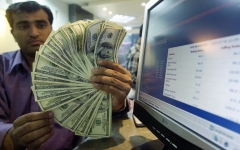 Material charity, the giving of goods or money, is one of the ways we respond to the scriptural injunction to show concern for our neighbor, “Love your neighbor as yourself.”

This is why the Church has, from its beginning, conducted a variety of organized efforts to assist the poor. Early on, food was distributed, hospitals and orphanages were established. The Acts of the Apostles records how deacons were appointed to care for poor widows and their children.

In fact, during most of history, from Gospel times on, the Church has been the primary provider of aid. While it’s true that the ancient Romans engaged in bread distribution, it’s only with the rise of modern nation states that we’ve seen the development of elaborate “public assistance” or “welfare” programs.

Today, governments are the principal distributors of aid under the heading of “social services.” Consequently, within the Christian community there has been a shift of emphasis in benevolent works. Certainly, large, Church-related charities still operate. But increasingly, they concentrate on lobbying, trying to get government to focus on certain identified problems. Many even act as conduits through which public funds flow.

The concept of “charity” has come to be associated mostly with individual giving. Meanwhile, the “social services” label has expanded well beyond basic life necessities and meeting immediate medical needs to include all sorts of activities we wouldn’t have considered particularly charitable in the past.

Such things as educational assistance and non-essential health-related amenities are now provided by permanent government agencies. The definition of “social services” was stretched to a humorous extreme several years ago, when government started giving cell phones to welfare recipients: the much-joked about “Obama Phones.”

All of this has sewn confusion about participating in charity. Many people assume that they are being charitable themselves if they agree with the intent of government social service programs and vote for politicians who advocate them — that they are, in essence, being good Christians.

It would be more accurate to say that they are being good socialists. The Christian obligation of charity is personal. You’ve got to have some “skin in the game,” giving out of your own resources. Assenting to government largesse that’s based on tax money collected through legal compulsion may suit your ideological convictions. But it isn’t charity.

If this compulsory “giving” was charity, it would raise serious questions of fairness. Some 61 percent of people in this country pay no federal income tax, after all, while (as Mitt Romney pointed out amid much controversy a few elections back) about 47 percent receive some form of government assistance.

In addition, tax laws permit deducting ( or “writing off”) at least a portion of charitable donations from your taxes. By claiming these deductions, you’re minimizing the amount of skin you have in the game. You’re giving “charity” to yourself, as it were.

Now, you could, of course, give the money you save on your taxes to the poor. That would be living the Gospel. But how many people do it?

The confusion over charity increases as the number of concerns covered by the “social services” label multiplies — these days even touching such issues as the social impact of climate change. The problem is exacerbated by high-minded moral pronouncements from religious leaders who drape government policy in the mantel of conscience, blurring the line between politics and faith.

Working to reduce carbon emissions may indeed be worthwhile, but it too is not charity.

Government assistance tends to undermine the charitable impulse. People ask “Why must I give, when I’m already supporting these programs with my taxes?”

That’s a valid question, and yet our duty to help those in need remains. Christ has set this claim upon us as believers.

So what constitutes charity today?

Perhaps the challenge we face now is to figure out how to meet the Christian charitable obligation when so many paths of giving have been usurped by government. It may be that charity lies in being more focused with our giving, making efforts to seek out those philanthropic works that can’t be subsidized by public funds, and finding creative ways to help the poor with our time rather than with our money.

As Jesus said, “When I was hungry, you gave me something to eat (Mt. 25).” That’s a human response. That’s loving your neighbor.