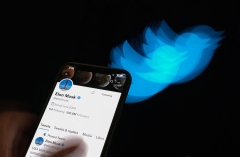 Users have suspected Twitter of engaging in “shadowbanning” and suppressing the visibility of user accounts for years, even though the social media giant has adamantly denied the practice.

Victims of Twitter’s practices include Dr. Jay Bhattacharya, Stanford professor of medicine and co-author of the Great Barrington Declaration (GBD). Weiss’s thread and The Twitter Files confirm what we’ve long suspected. Seeking to prop up Anthony Fauci and the lockdown policies he promoted in response to the COVID-19 pandemic, Twitter (and other Big Tech companies) intentionally blacklisted, censored, suppressed, and targeted the GBD and its signers.

In addition to Weiss, Twitter’s new leadership granted journalist Matt Taibbi access to its files. Below, Taibbi illustrates how Twitter deleted tweets at the behest of the Biden Presidential campaign.

Still unfolding in this investigation is the role of government officials in pressuring Twitter to engage in censorship over the COVID-19 pandemic. As revealed by a lawsuit earlier this year, internal company Slack messages show that Andy Slavitt, a former official on Joe Biden’s pandemic task force, met with Twitter officials and pressured them to restrict the account of COVID gadfly Alex Berenson. Slavitt also , delivered an ominous warning to executives at Facebook that the company would find itself in the White House’s crosshairs if it did not step up its efforts to restrict what the task force deemed to be “COVID misinformation.”

We now have conclusive evidence that public officials pressure private companies to do the dirty work of censorship. We have yet to discover, and may never know, how far the political involvement in social media censorship went, and which officials were given the power to silence. An ongoing lawsuit by the Attorneys General of Missouri and Louisiana is currently seeking to get to the bottom of those questions. Just two weeks ago, they obtained a court-ordered deposition from Anthony Fauci, in which they grilled him over similar suppressive tactics. Fauci proved evasive, invoking the “I don’t recall” line 174 times, but was caught in a lie about his direct personal involvement in the National Institutes of Health’s (NIH) efforts to smear and discredit the GBD’s authors as “fringe epidemiologists.”

GBD co-author Jay Bhattacharya was slapped with a secret “Trends Blacklist” tag by Twitter executives at some point after his account was created in September 2021, Weiss’s thread confirms. The blacklist tag effectively suppressed Bhattacharya’s tweets by preventing them from going viral or being picked up by Twitter’s trends algorithm. By all appearances, one or more persons on the company’s SIP-PES team made the decision to suppress scientifically grounded dissent against lockdowns.

Given the history surrounding social media giants, government officials, and the GBD, Battacharya’s shadowbanning is not surprising. Unfortunately, neither Weiss nor Taibii’s thread indicates why Twitter took such actions against Dr. Battacharya, a respected Stanford Professor.

What we do know is that Twitter’s actions are consistent with other social media censorship of the declaration, its authors, and supporters. Posts referencing the GBD were removed from popular Reddit threads such as r/COVID-19 and r/Coronavirus, and large online communities with millions of members. Google also played a role. In the week after the GBD’s release in October 2020, Google’s news site search algorithms suppressed mainstream coverage of the document by outlets such as Fox News and the Wall Street Journal.

Instead, it steered news searches for “Great Barrington Declaration” toward anti-GBD hit pieces in fringe venues such as the Byline Times, a blog featuring 9/11 conspiracy theorist Nafeez Ahmed. Google algorithms reportedly prioritized an anti-GBD political editorial in Wired Magazine that Anthony Fauci also mined for his own anti-GBD talking points in the press.

These acts of censorship occurred at a time when government officials were working hard behind the scenes to discredit the GBD and its authors. Most notably, NIAID director Anthony Fauci and NIH director Francis Collins collaborated to wage a “devastating published take down” campaign against the GBD, labeling it “nonsense” or “misinformation.”

Fauci and Collins’ actions are public information in emails first discovered through a Freedom of Information Act inquiry from AIER last winter. The Fauci-Collins emails made national news and became the subject of a Senate hearing in January 2021, where Senator Rand Paul grilled the White House’s COVID advisor over his involvement in the “take down” order.

Last week, Anthony Fauci denied any involvement in coordinating attacks on the GBD under deposition by the Missouri Attorney General. He claims that he was too busy to do so. His emails reveal a different story, though. Fauci expressed his agreement with Collins’ directive, and colluded with Deborah Birx to preempt discussion of the GBD at a White House COVID task force meeting. At some point, Fauci even directed his Chief of Staff Greg Folkers to assemble a list of anti-GBD political editorials, evidently to be parrotted back to the news media during interviews about the GBD. We still don’t know the full extent of Fauci’s efforts, because the NIH heavily redacted several pages of the requested records. But his involvement in the “take down” is undeniable.

Given the nature of Fauci’s smears, lies, and demeanor towards those who question his policy prescriptions, it is time to fully open up the public record at the NIH. It is time to scrutinize the decisions they made during COVID-19, including decisions to politicize science and suppress dissenting viewpoints.

We know that Twitter worked with the Biden campaign to suppress tweets. We know that top Biden administration officials pressured Twitter, Facebook, and presumably other companies to penalize dissenting viewpoints on COVID-19 policy, including lockdowns. We also know that Fauci, former White House Chief Medical Advisor, will leverage the media to undermine his perceived opponents and lie about it under oath. We know.

Private companies are free to censor user speech on their platforms, but when top government officials pressure them to take these actions, that crosses a different line.

Thanks to Musk releasing the Twitter files to Weiss and Taibbi, we have more insight into Twitter’s internal censorship policies. Unfortunately, until the NIH releases more information, the Twitter Files raise more questions than answers.

Courtesy of the American Institute for Economic Research.