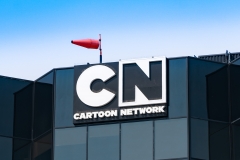 The year 2020 was tough for everyone, children and adults alike. Most school-age kids were forced to attend school virtually, at least for part of the year. This, combined with lockdowns, caused screen time use to surge.

More than usual, parents may fear kids aren’t learning well or are being exposed to things they aren’t yet mature enough to handle. On this, their intuition may be correct: 2020 saw an increase in LGBTQ-friendly marketing targeted at kids.

Cartoon Network–whose primary audience is children—recently sent out this tweet:

Here's to not only normalizing gender pronouns, but respecting them, too 💖 Whether you use he/she/them or something else, we acknowledge and LOVE you! Toolkit 👉 https://t.co/ZbhthybrdC

“Here’s to not only normalizing gender pronouns, but respecting them, too,” Cartoon Network’s tweet reads. “Whether you use he/she/them or something else, we acknowledge and LOVE you!”

In November, I covered similar efforts by two other somewhat kid-friendly brands, Oreo and Tampax.

A loving world starts with respecting others. pic.twitter.com/u6lg5XZLkJ

Fact: Not all women have periods. Also a fact: Not all people with periods are women. Let's celebrate the diversity of all people who bleed! 💙🎨: @gobeeharris #mythbusting #periodtruths #transisbeautiful pic.twitter.com/5s1416cZBw

Today is International #TransDayOfVisibility 💕 We’re celebrating transgender people around the world and the courage it takes to live their truth #TDOV pic.twitter.com/u4gZsThwlB

Brands that provide products or entertainment typically reserved for a younger audience have been transparent, honest, and even persuasive that they are using their brand to look appealing and progressive, and to normalize LGBTQ issues, particularly transgender-related ideas.

Twisting language to communicate political groupthink is hardly a new concept, but it has been a hallmark to capitalizing on the LGBTQ movement’s primary goal: Forcing others to accept these individuals to the point where they are not just equal to others but entitled.

I could be wrong here, but it’s also the first time I’ve really seen children targeted as much as adults are, if not more.

It’s not just brands that do this overtly. Production studios do it too. Every year for the past several years, The LGBTQ rights and media-monitoring group GLAAD has released its Studio Responsibility Index, which it says “maps the quantity, quality, and diversity of lesbian, gay, bisexual, transgender, and queer (LGBTQ) characters in films released by eight major motion picture studios during the 2019 calendar year.”

The films were released by major studios such as Lionsgate, Paramount Pictures, Sony Pictures, Walt Disney Studios, and Warner Bros.

GLAAD says that its report “is intended to serve as a road map toward increasing fair, accurate and inclusive LGBTQ representation in film.”

Of the films released by major studios in 2019, according to GLAAD, a total of 22 or 18.6% “contained characters identified as LGBTQ,” which the group counts as a “slight improvement.”

Numbers for 2020 aren’t available yet, but based on observations and anecdotes, the year wasn’t too shabby for LGBTQ representation in media and marketing.

It’s safe to say that LGBTQ representation in multimedia–from social media and television to marketing and films—has shown a slow but steady uptick in these ideas percolating, sometimes smack dab in our kids’ faces. This is frustrating on several fronts.

For starters, when other things are marketed to children, such as religion or politics, outrage inevitably ensues. The woke masses cry out that Christianity or conservatism is trying to indoctrinate their children.

The double standard is obvious and you need not be a conservative or a religious person to see it.

All this LGBTQ representation, via brand marketing or entertainment, could make a child think that these ideas are normal, healthy, and exist happily everywhere. This could not be further from the truth.

The transgender youth population is relatively small, although it’s rapidly increasing. In June 2019, a Gallup poll reported that Americans greatly overestimate the size of the gay and transgender population.

That trend reinforces the thesis by Wall Street Journal writer Abigail Shrier, author of “Irreversible Damage: The Transgender Craze Seducing Our Daughters,” that transgender ideology is acting more as a contagion than a closeted societal norm waiting to break free.

The transgender youth population also is at increased risk for depression and suicide, despite its ability to live freely because of nondiscrimination laws, to socially or medically transition, and to force others to use their “correct” pronouns.

Debilitating unhappiness in a free country suggests that the issue may not be bigotry but the application of a failed cure because the illness is misdiagnosed.

In a year when more young people were online, glued to screens more than ever before, it’s discouraging to see the persistence and consistency of brands and entertainment targeting children and youth and encouraging normalization of LGBTQ concepts among those precious resources.

Of all the things the marketing and entertainment industries could do for our children–encourage them to read, play, be kind, respect their elders, reject foul language, or abstain from sex–they instead encourage the twisting of language, the acceptance of a “norm” that harms young people, and the perpetuation of a myth that the LGBTQ community is marginalized.

It’s time for these industries to stick to telling stories, packaging cookies, or making people laugh–and leave our kids alone.