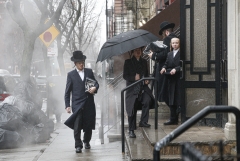 The Anti-Defamation League (ADL), which was founded in 1913 to defend Jews in America, has lost its way in recent years and become little more than "a mouthpiece for Obama acolytes," according to the Coalition for Jewish Values (CJV), which represents 1,500-plus Orthodox rabbis.

The ADL "does not speak for Jews and no longer even is a Jewish organization," said Rabbi Dov Fischer, the Western Regional vice president of the CJV in an article for The American Spectator.

Rabbi Fischer also stressed that the Biden administration's immigration policy is designed precisely to allow as many illegal immigrants into the country as possible, as part of a decades-long policy, to "replace" American voters and secure a Democrat-majority electorate. 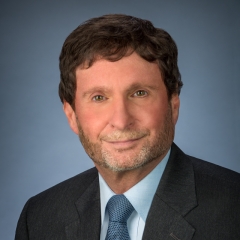 In the article, Fischer explains that the ADL used to do good work in the United States, protecting Jews from bigotry and unjust actions. However, when Jonathan Greenblatt, an "Obama acolyte through and through," became national director of the ADL in 2015, he "converted the ADL into a markedly left-focused organization," said Rabbi Fischer.

"Under Greenblatt, ADL has focused almost exclusively on combating right-wing hate and also attacking conservative non-haters among Republicans, Fox News anchors, and the like — while giving virtually free passes to the Left," reads the article.

One of the ADL's more outrageous smears against people on the right, said Rabbi Fischer, involved Fox's Tucker Carlson, when he discussed the "replacement" vote strategy.

"Now, I know that the left and all the little gatekeepers on Twitter become literally hysterical if you use the term 'replacement,' if you suggest that the Democratic Party is trying to replace the current electorate, the voters now casting ballots, with new people, more obedient voters from the Third World," said Carlson on Apr. 8.  "But they become hysterical because that's what's happening actually. Let's just say it: That's true."

"If you change the population, you dilute the political power of the people who live there," said Carlson.  "So every time they import a new voter, I become disenfranchised as a current voter. So I don't understand what we don't understand cause, I mean, everyone wants to make a racial issue out of it. Oh, you know, the white replacement theory? No, no, no. This is a voting right question. I have less political power because they are importing a brand new electorate. Why should I sit back and take that?"

"Carlson is absolutely correct," wrote Rabbi Fischer, referencing a recent column by Jeffrey Lord in The American Spectator. "Voter 'replacement' is exactly, precisely what the Biden-Pelosi-Schumer Democrats now are endeavoring to do, with the U.S. Supreme Court's nine seats next in their sights."

"Of course we now are watching, before our very eyes, a concerted effort to replace the electorate that was electing Republicans," said the rabbi.  "And look where newcomers are being sent, all those unaccompanied children who are wrapped up by Biden’s administration in aluminum foil and placed initially in Obama–Biden cages — places like San Diego, one of the last redoubts of conservatism in California, and Texas, the red state with the most electoral college votes. Understandably, North Dakota Gov. Kristi Noem has spoken out forcefully, telling Biden that she will not let her state be next."

"How can anyone objective not see what is happening?" he added. "The reason that Biden insists that the chaos at the border is not a 'crisis' is plain to see: it is planned chaos, aimed at overrunning the system to leave no choice but to move millions of future Democrat voters ultimately into states where they can turn those tides as they have in the American Southwest."

After Carlson made his remarks, the ADL sent a letter to Fox News. Signed by ADL CEO and National Director Jonathan Greenblatt, it claimed that Carlson "disgustingly gave an impassioned defense of the white supremacist 'great replacement theory,' the hateful notion that the white race is in danger of being 'replaced' by a rising tide of non-whites."

"While couching his argument in terms of what he described as the Democratic Party attempting to replace traditional voters with immigrants from third-world countries, Carlson’s rhetoric was not just a dog whistle to racists – it was a bullhorn," wrote Greenblatt. "Make no mistake: this is dangerous stuff. The 'great replacement theory' is a classic white supremacist trope that undergirds the modern white supremacist movement in America."

Does this mean that Rabbi Fischer and the Coaltion for Jewish Values, representing more than 1,500 Orthodox rabbis, are "white supremacists"?

He concluded, "Jonathan Greenblatt’s and ADL’s attack on Tucker Carlson must be deplored by all fair-minded Americans. And, as 1,500 Orthodox rabbis have made clear — and has been reported across online news media, but suppressed uniformly by the Left mainstream media — ADL does not speak for Jews and no longer even is a Jewish organization."